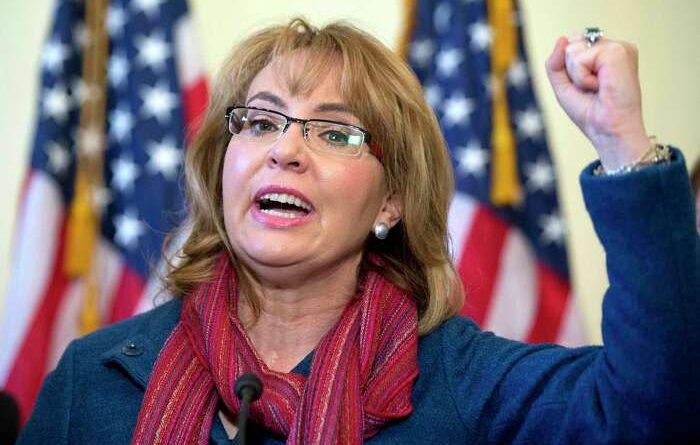 Whenever filmmaking team of Betsy West and Julie Cohen are slated to release a new documentary, I get excited. They have a way of being sensitive and hard-hitting in equal measure. What is most striking about their new documentary Gabby Giffords: Won’t Back Down is how, for most of the duration of the film, viewers will likely be caught between feelings of heartbreak and inspiration. Giffords wouldn’t like that, though. There’s a reason it’s called, Won’t Back Down. She doesn’t want your pity. Mostly, she wants your commitment to support better gun control. Her message, and how she is profiled, is in safe hands with the Academy Award-nominated and Emmy-winning directing duo. They knew from the beginning that what Gabby Giffords and her remarkable story leaves behind, above all, is a sense of joy.

That’s pretty miraculous given what she’s been through. The former Arizona congresswoman narrowly survived an assassination attempt that happened at a “Congress in Your Corner” event, outside a Safeway on January 8th of 2011 that killed 6 people. The gunman shot her in the head before he went on to fire into the crowd. Early reports that day announced she had died. What followed was a grueling and rocky rehabilitation, in which at first survival wasn’t certain, then there was doubt she’d walk, and the communication centers in her brain were so damaged in the shooting they weren’t sure she would ever speak again. At one point her doctor says into the camera, “Gabby’s injury was beyond what most of us can imagine.”

West and Cohen had the benefit of hours of footage of her recovery taken by Gabby’s husband, former astronaut and now-Senator Mark Kelly, starting the very first days in the hospital. He tracked her progress, and the documentary doesn’t shy away from the steep challenges Gabby faced on a daily basis. For a while, she suffered from something called perseveration, in which a brain injury patient gets stuck on a word. For Gabby it was “chicken”.

During all this, though she didn’t remember the shooting, she was aware she was speaking in a way that made it very hard for her to be understood. Her physical therapist, during a sessions Gabby cries through, explained “Frustration is part of the grieving process when you’ve been through an injury of this kind.” It’s hard to even imagine what it must have been like for her and for loved ones like Mark Kelly.

Gabby still has aphasia, which is the loss of ability to express speech caused by brain damage. Somehow, though, she has found a way to be understood enough to re-enter public life. She has become one of American’s most effective activists fighting gun violence. To communicate, she uses single words or phrases, accompanied with gestures, and all approached with humor. As viewers, we may have feelings of rage and sadness on her behalf, but that is always accompanied by respect and admiration for her determination and iron will. Certainly the film’s subject hopes any rage and sadness will be motivation leading to more civic engagement, fighting for changes in gun control legislation.

Those interviewed as part of the film include President Barak Obama, Senator Kirsten Gillibrand, Representative Val Demings, and members of Gabby’s family, which in addition to her husband include his daughters and Gabby’s stepdaughters Claudia and Claire Kelly. One of the many ways in which the shooting changed Gabby and Mark’s life forever is the plan they had to have children together. Their appointment with a fertility doctor was scheduled for a Monday, and she was shot on the preceding Saturday.

One scene shows Gabby helping Mark prepare for a speech during his senate race, and it is one place her tenacity is in evidence. Communicating can be very challenging, but she perseveres. There are moments when we witness a shorthand of communication between Gabby and Mark that must have taken years to develop. Gabby has a fierce passion for progress that is as powerful as her love for her husband and his for her, and that passion and love comes through in every scene in which she is making a public appearance, or they appear together. There’s a joy, too, coming through, that she continues to show in every aspect of her life, and if that’s not a call for all of us who were not shot in the head to find our own joy, I don’t know what is.

Gabby Giffords Won’t Back Down makes a great addition to West and Cohen’s catalog of films on powerful, tenacious public figures, which includes RGB, My Name is Pauli Murray, and, most recently, Julia. They are clearly on a mission to amplify women of strength and authentic power, and the films’ audiences are the lucky beneficiaries.