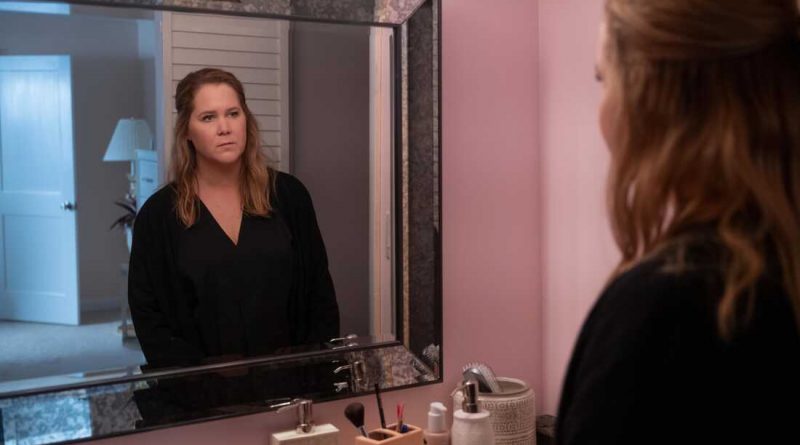 Amy Schumer made a name for herself as a stand-up comic and then with her sketch comedy show and then her memoir. Audiences already know she’s a snappy writer. With em>Life & Beth, she proves she has endurance as an actor. She plays the part of Beth, which is also Schumer’s middle name.

That title puns on the cliché “life and death.” The first episode shows a mother and daughter shopping. Beth’s mother dates married men — to her daughter’s embarrassment. In the dressing room, Mother back hands compliments (“compliment” used loosely) to daughter. Then, Mother dies, a plot point upon which the rest of the 10 episodes depend.

Beth’s life is pretty good. She has a boyfriend, lives in Manhattan, and holds a good job as a wine distributor. She must return home to Long Island to deal with her mother post-mortem. That means also dealing with her past, which includes her little sister. Beth was a surrogate mother to Ann, while their mother and father acted irresponsibly.

Once home, Beth takes on a client who’s a farmer with a vineyard. While she’s sorting out her job and her love life, Beth is also flashing back to her childhood, forced to reckon with who she was in order to figure out who she is and what she wants. The first flashback is accompanied by the Ervin Drake classic, “When I Was 17,” one of many times that music matters in this series.

Under the direction of a quartet that includes Schumer herself, she plays Beth for all she’s worth. It’s a pleasure to watch her kick through all the Amazon boxes cardboarding Beth’s mother’s porch, to see her crawl, to hear her talk about sex openly with her girlfriends (just as Schumer did on her television show). It’s also a pleasure to hear her deliver the sharp and poignant lines she wrote with half-a-dozen other writers.

She is supported by Michael Cera as the farmer who cannot lie or whisper, Violet Young as teenage Beth, and Susannah Flood as her sister. Yamaneika Saunders plays Beth’s old Black friend, who goes on J-Date and connects with Schlomo, played funnily by Gary Gulman.

em>Life & Beth links to another recent series, Somebody Somewhere: both are about women sorting out their lives after death changes the trajectory. More important than the plot lines is that both Amy Schumer and Bridget Everett tell truths rarely seen or heard, truths that demand attention and laughs and applause