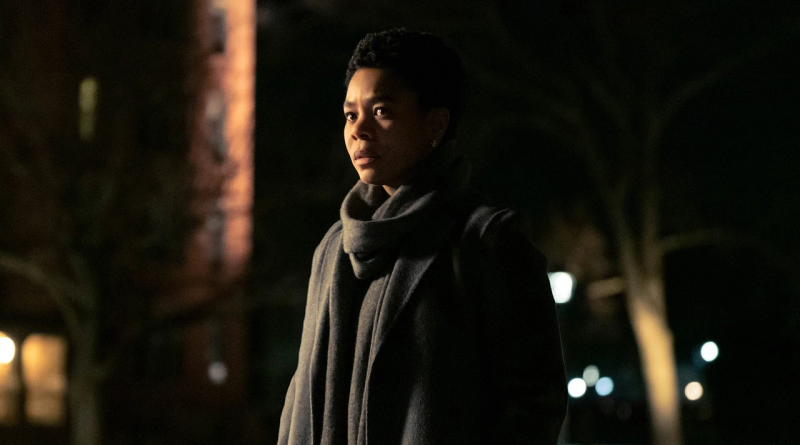 A Black customer walks into a bank branch with the purpose of making a sizeable withdrawal from an account he owns. After presenting his bank card and ID, he slides a note scribbled with the amount he wants to withdraw toward the teller. She accepts the note and excuses herself for an audience with her branch manager. Several tense moments later, that Black customer is notified about the true character of his bank withdrawal experience by the sound of cocking glocs pointed in his direction. The bank teller assumed the man was a bank robber the teller. But she was very much mistaken. The gentleman whom she perceived to be a criminal was actually Ryan Coogler, the world-renowned movie director of the mega-hit Black Panther. Coogler was briefly arrested, and the incident, which happened several days ago, broought on an explosion of world-wide debate and outrage. How and why something like this happen? A famous, well-to-do Black man and international cultural hero who earned his name and status was in a mere flash reduced to the status of common crook. All sides of the ensuing debate arise from the same conditioning and raise a single question: What is the relationship of Blackness to any established Institution?

Mariama Diallo’s “Master” visits the hallowed halls of an historic and elite private university to construct these same dynamics and ask this same question.

In the film, Regina Hall (who also co-produced) gives a rousing performance as Gail Bishop, the newly appointed House Master of a traditionally White dorm when Jasmine (Zoe Renee), a Black student moves in. Mix Black House Master, Black student, Black professor seeking tenure, favored White students, an evaluation board, the legend of a witch, the mythic tale of the first Black student who ended up hanged and you get a fertile landscape in which to cultivate a narrative around placing the displaced.

As Gail further explores her job, her role in the university becomes less clear. As Master, she feels her responsibility is to hopscotch on behalf of the Black student and the professor whose friendship is both a relief and burden. See, Professor Liv (Amber Gray) is a fellow Black woman in this racially exclusive environment. She seeks to be a tenured professor though she hasn’t met the requirements, particularly when it comes to publishing, and the only Black student has lodged a complaint of racial profiling against her. Is it Gail’s job to use her authority to help secure her colleague against a system she knows (from literal and experiential knowledge) to be racist?

What happens when the only Black student whom she also feels a sense of responsibility to identifies her Black colleague as a perpetrator of racist aggression? To what lengths does she go to both alleviate the hardship for the student and defend her friend’s professionalism to the review board? This is the precarious position Blackness holds within the Institution. The role someone Black might feel is their duty to Black colleagues and customers versus what their boss may feel is their function within the workplace.

Like Gail in Master, the teller in the Ryan Coogler bank caper is a Black woman. Much of what has been reported in response to her behavior stems from what is largely an expectation of do-no-harm to another Black person and maybe even an expectation to go an extra mile and protect them. Her calling the police on Coogler as a potential threat reveals the truth of her role. What determines her success is how well she performs the universal duties of her job as a teller and then how well she performs the implied duties as a Black woman installed in a position of authority within the Institution — one which demands proof of her loyalty to the business as of paramount importance.

Master immediately establishes the contradictory elements of belonging, opportunity and the self by surveying the classic and opulent architecture of the school’s buildings, taking Black hair from bushy to sleek and by depicting a White artist painting a portrait of Gail so that she is rendered and looked upon, even by herself, through the White gaze.

Through the use of horror elements like blood spill, insect infestations and urban legends, Master demonstrates the internal rot that happens both within the Black individual and the Black community when Blackness subscribes to the standards of the Institution and to survival over its instincts to actualize. The ideas and intent behind this cultural evaluation are good. So is watching Regina Hall, particularly at the film’s climax in what appears to be a cathartic moment of saying what a sistah might really want to say.

Diallo is successful at moving around characters, locations and situations to explore complex thoughts like how odd it is for people to feel proud of Blackness just because it’s in the room, the small rewards willed to Blackness once activated as agents of supremacy, or the inevitable assumption of guilt bestowed Blackness even for Head Masters, even for famous directors.

Where Master is unsuccessful is in its effectiveness. Because of its horror elements, it’s compared to Jordan Peele’s Get Out. But where that titan of a film investigates the physical and psychological relationship of Blackness to both the historic and contemporary plantations, it also tells an exuberant and compelling story. Master does not. The entire movie is but a device to turn the historical cultural struggle of Black people engaging the Institution into myth-making.

It doesn’t take advantage of the storytelling opportunity to ferret deeper into the story’s premise. Journals and other cryptic musings are used for nothing more than setting the mood when they could function as bread crumbs into a delicious narrative. The film stales because Master is too concerned with its philosophizing to masterfully construct its storytelling. Thus, the plot’s big twist becomes an out-of-nowhere insult — as if that mad-hatter M. Night Shyamalan manipulated that whacky ending.

Master‘s juice is in reshaping attitudes about breaking in. Becoming the head of a traditionally White establishment is presented in the real world and in the film as opportunity, a prize, but this film supposes that the opportunity is actually the poison. The truth is revealed through the evolution of Gail, Liv and Jasmine’s progression through the program. There is no authority unless that authority is simply to be an agent of opportunity wielded against fellow Blacks—not for the Head Master, not for the ambitious Professor, not for the determined student and not for the real-world teller.

In one significant scene, the whole premise is laid out. Jasmine arrives at a party with her White roommate. The roommate gains easy access to the party, but Jasmine is checked at the door by a White doorman. Her roommate has to vouch for her so that she may enter. This is the realest depiction of Black relation to action: Black wants inside, White with real authority does not want Black in, White “ally” has to secure Black’s access and once Black gets inside, Black discovers it is treacherous for them. Yet, the inside is where the world is happening.

And what Gail so beautifully struggles with is that it’s so lonely to choose the outside because everyone wants an opportunity, even comrades want to go the party.

Opportunity is inescapable. To be installed and negotiate the self against the position we’re offered within the Institution is death. “The primal scream” is what the students begin the semester with. What is in their voices, in their spirits, in their minds and capabilities. What haven’t they become yet? They end the semester with another scream and, as promised by Gail, they have so been changed by their time at school that the scream is filled with something else, something broken, something reborn.

Master speaks to the understanding of a general and a broad Black audience, though educated Black women seem to be its marketing target. There is not a single Black man central to the narrative. This is Black woman quandary. Ladies bear the terrors of history as it holds a mirror to itself, as it’s perpetuated through the lives of these three navigators circumventing the Institution as if to say Black women must bear witness for each other.