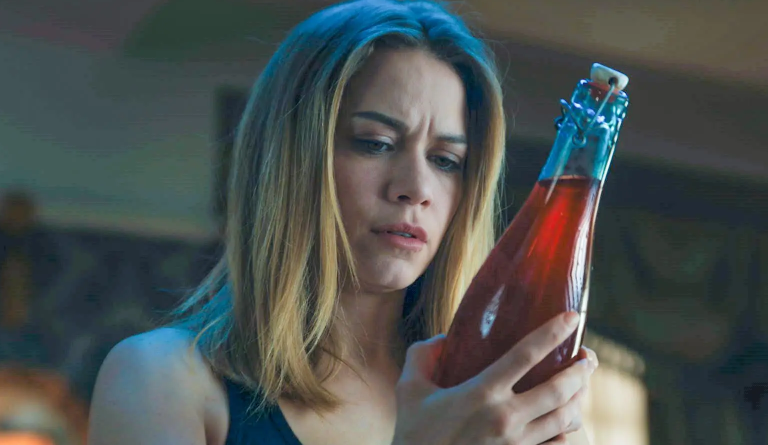 So Cold The River is a chilling suspense story based on the New York Times bestseller by Michael Koryta. Bethany Joy Lenz stars in the film alongside Katie Sarife, Andrew J. West, Michael J. Rogers, Kingston Vernes, and Kevin Cahoon.

When celebrated documentary filmmaker Erica Shaw (Bethany Joy Lenz, Dexter) is hired by Alyssa Bradford-Cohen (Alysia Reiner, Orange is the New Black) to profile her dying millionaire father-in-law Campbell Bradford, Erica is presented with a substantial sum of money and a relic in the form of an antique bottle filled with water. With very little to go on, Erica begins piecing together the millionaire’s past, including a long list of mysterious deaths and suicides. Eventually, Campbell’s history brings Erica a luxury resort, whose miraculous mineral water became known for curing any kind of ailment. The more Erica invests in Campbell’s story, the more she learns about the town’s dark past and a long-forgotten evil lurking within the resort. Erica’s investment in telling a story distracts her from what’s really going on — an evil slowly taking over right in front of her eyes.

Without giving too much away, So Cold the River is worth watching for any mystery thriller fan, especially those who have read and loved Koryta’s novel. The storytelling in So Cold the River is just as gripping and intense as the writing that inspired it, from the pacing to the stark, gray tones and the cast’s portrayal of their characters. The film captivates audiences with a reimagining of a good old fashioned ghost story.