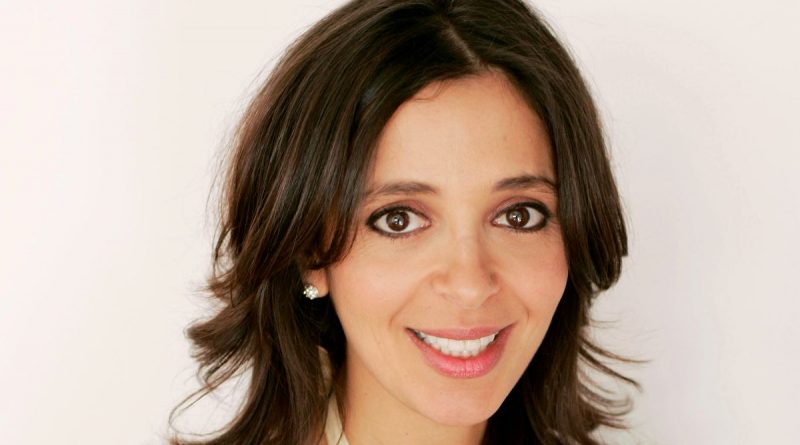 If you haven’t had the distinct pleasure of hearing a song sung by Cesária Évora, you’ll need to get on that. Born in colonial Cape Verde and known as the Barefoot Diva, Cesária came to international fame after the age of 50, in a business that values youthful beauty and malleability above all else. She had a voice that expressed passion and melancholy in equal measure, and developed fans all over the world. The strong willed, fiercely independent singer passed away in 2011, but her legacy lives on. Filmmaker Ana Sofia Fonseca has released a new documentary on her life and career at SXSW 2022 called Cesária Évora. It is the result of spending years pulling together never-before-seen recordings, images, and footage representing Cesária’s personal life and her early days as a performer in the clubs of Cape Verde. I interviewed Fonseca about why she felt so drawn to the singer as a subject, her collaborations in creating the film, and why Cesária Évora’s life speaks to a self-empowerment and focus that should inspire us all.

Leslie Combemale: You purposefully chose to focus not as much on music, but on Cesária’s personal life in context with her country, and how women and artists were and are seen in society. What drew you to that focus, and what in the process of your research most confirmed Cesária as an inspiration for female empowerment?

Ana Sofia Fonseca: Long before I started working on the film, I questioned myself. How did a poor black woman, over 50, living in Africa, manage to succeed in an industry obsessed with beauty and youth? Cesária’s voice is the portrait of her life. It was the voice that made her famous all over the world, and her voice is a reflection of who she is – it carries all her experience, all the prejudices she has faced, the melancholy of someone who knows how bitter days can be, and how important it is not to lose the capacity of laugh. To know Cesária as an artist, you have to discover the woman first. I’ve been a journalist for over 20 years, and I’ve always believed to understand someone you need to look at their context. Besides, I am passionate about people’s stories, especially women’s stories. When a story moves us, it makes us wonder about the world around us, and maybe leads us to act. At these strange times we are living in, I believe it’s important to think even more about equality and freedom. Cesária did not know terms such as female empowerment, but she lived it in her daily life. Her way of living was her way of fighting against prejudices. And that, in a society like the one she comes from, is an inspiring factor of change. Her example continues to inspire many women today. It’s her legacy. I have a house in São Vicente and I go there often. The legacy of Cesária is present in all corners, and that moved me. It was my biggest inspiration.

LC: I’d love for you to relay some of the experiences trying to unearth footage of Cesária’s life from her early days. It was years of searching, right?

ASF: The whole process was an adventure, and it really seemed impossible to find images from Cesária’s early years. It is very different making a film with archives about someone from Cape Verde verses someone from the United States or certain other countries in Europe. Here it was normal to have a camera, but over there it was almost impossible. The tapes we did manage to find were always forgotten in some corner, without any kind of archival care, often in the heat, inside plastic bags. When Cesária was a child, going to the photographer was an event, especially for the most disadvantaged in society. We contacted siblings, nephews and nieces. We searched the archives of the most charismatic photographer of the island of São Vicente several times, who has a wonderful collection of the local people. We knew that she had been in the orphanage, and that there was a photo of that period, so we began to search among the nuns and the women who had grown up there. It was amazing when we found all those photos! It was also wonderful to discover the personal archives of various families, so important to put the different periods into context.

LC: What was the most difficult footage or recording to find, or the most exciting when you found it?

ASF: We spent several years looking for archive material. I’m someone who just can’t carry give up. I guess it’s a perk of being a journalist. I had with me a photography of a very young Cesária in the midst of young Portuguese mariners. We didn’t have names, nothing. I contacted dozens of people from the Portuguese Navy and consulted the navy archives. Later, Rosa Teixeira da Silva joined the adventure. We searched until we no longer knew where else to look for those boys in the photo. Today, they must be almost 75 years old. After two and a half years, when it seemed impossible to find them and we were on the verge of giving up, we received a phone call. Finding them was one of the happiest moments of the search!

LC: You wound up with a very varied collection of formats in the footage you found. What was the process of making it uniform and workable for the film?.. because as a whole it looks very stylistically consistent.

ASF: Working with so many different archive formats was a huge challenge. It seemed to me that we should respect the characteristics of each archive, but create a coherent and aesthetically pleasing language.

LC: At one point, Cesaria spent 11 years in her house, rarely going out. What did you discover about her depression, and how do you think that impacted her singing when she started going out again?

ASF: Cesária became tired and disgusted of singing without earning enough money to eat or to have a house. One day she decided not to sing anymore and locked herself at home. At that time, nobody in Cabo Verde knew what depression was. Mental illness was not an issue. Eleven years later she started singing again, but her voice was more sad, had more melancholy. And her voice became stronger each day. In fact, she started singing again but nothing had changed.

LC: One of the most inspiring moments of the film are when Cesária stands up for her own autonomy and freedom, but in ways that might be seen as self destructive or limiting by outsiders. There’s a true feminism in that. She wanted to be accepted for herself or not at all. It should never be for us or anyone to say what is or is not choice, and Cesária shows us living on your own terms can be a joyful experience. It also speaks to acceptance of people’s personal and cultural traditions. Can you talk about that a bit?

ASF: Cesária was profoundly from São Vincente Island. She was that land, that sea, but at the same time she was always a free spirit, a woman of the world. She did what she wanted, when she decided to, and it was very difficult for anyone to change her mind. In music as in her personal life, she never forgot where she came from, or her cultural roots. At the same time, she broke all the barriers that her origins could cause. She lived as she wanted, she was always faithful to herself. In New York or in São Vicente, Cesária was the same person, and not even the success changed her way of being. As a world music singer, she had huge success even in the United States, where she had a renowned manager called Joe Killian. But for her, singing at the Carnegie Hall was the same as singing in a bar in Cabo Verde.

LC: Can you describe the collaboration with editor Cláudia Rita Oliveira in terms of pulling all the footage both vintage and new of Cabo Verde to make something cohesive?

ASF: Working with Cláudia Rita Oliveira was a wonderful experience. We discussed the film every day, sometimes to the point of exhaustion, even when we agreed, right from the start. We have similar visions for the construction of the narrative and aesthetic options. The months of editing were an enriching experience. We edited whole scenes that ended up not appearing in the film, we changed others over and over again. In addition, we share a taste for giving voice to women’s stories and a commitment to issues of equality and feminism.

LC: As to the Cabo Verde footage, how did you decide what to include, and can you talk about DP’s Vasco Viana’s role in capturing that and the various interviews?

ASF: From early on, I wanted to film Cabo Verde without thinking about the stereotypes of Africa. I was interested in portraying what, like music, is universal. That which has remained the same since the early days of Cesária until today , like the landscape, the way of life, and the connection to the sea. Vasco Viana is a very talented and experienced DP. As well as being a professional with a unique sensitivity, he is passionate about music and about São Vicente. For me, it was important that the team didn’t look at Africa with stereotypes. I have been following his work for a long time, so it was the obvious choice. Vasco captured the essence of São Vicente. He has an organic relation with the camera and that was very important to follow the organic relation that Cesária had with her island.

LC: What is the greatest message Cesaria Evora can offer to people who watch the film, and what would you like those who see it to walk away with?

ASF: Cesária makes us think about the value of freedom. How much life can change in a moment. Make us wonder about the importance of non-discrimination, about what is really important – the essence of each person. Yesterday as today, facing prejudice is a path that must be built every day. I’d like those who see the film to walk away with the feeling that the woman was as unique as her voice.