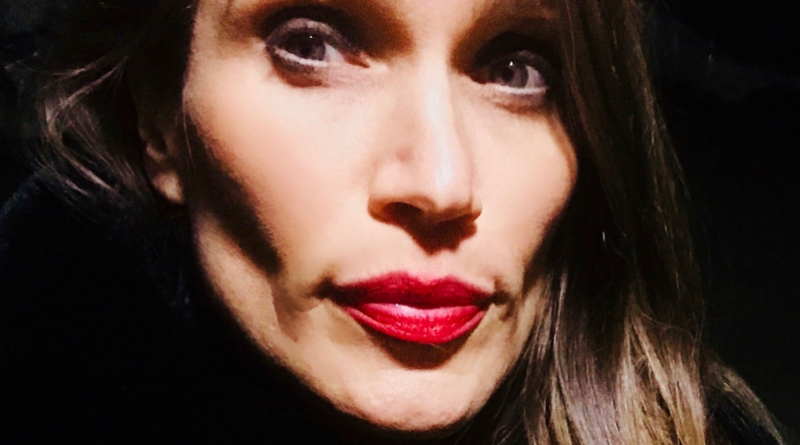 Writer, director, cinematographer, editor, producer: it can take a whole team of people to create a movie.

And sometimes it just takes one woman.

Dr. Charlotte Wincott is on a bit of a roll with her first narrative feature, The Issue With Elvis, a pleasing drama about an eccentric botanist and an abandoned boy, two lost souls saved by friendship.

Wincott made the film during the pandemic lockdown, tackling all the writing, filming and editing duties herself.

She was able to cast respected actor Jeff Wincott as the botany professor and newcomer Wolfgang Wincott as the boy — her husband and son, as it happens — without going outside her pandemic “bubble”.

The Issue With Elvis has been a big hit on the film festival circuit, winning more than a dozen awards including Best Picture honors.

Making a film by herself was hard work, said Wincott, but she is grateful for the technical changes that allowed her to do that.

“I just got a second-hand camera, got the software and the sound equipment. You can learn to use all of it.

“You can make a really good movie if you learn to do it yourself.”

Learning to do it herself saw Wincott create The Issue With Elvis for less than $25,000. The whole project is a ray of hope for the future of filmmaking.

And it almost didn’t happen.

Wincott is a neuroscientist and has an established career in that field. She abandoned the arts (professionally) as a young woman after a frustrating decade of working as a singer/songwriter and performer in Los Angeles; she went back to school to study science.

“When I was in my 20s, I was coming up with music and stories but I didn’t get very far. The technology just wasn’t there yet. Back then it was so difficult. So I just put it behind me.

“I didn’t have the resources or the finances to bring my ideas to fruition. I felt strongly about artistic merit. I wanted my projects to have value.”

Around this time, Wincott’s mother, who had struggled with alcohol use disorder, died young. That changed Wincott’s career trajectory and spurred her to make changes in her own life.

“I wanted to do something meaningful in a different way, study science, study the brain. I didn’t know if I’d be any good at it, but I didn’t feel I was doing anything meaningful with my art, and so I went back to school to study psychology and neuroscience.”

She studied the brain, learned about addiction, and works now as a medical scientist in the pharmaceutical landscape. For her, it’s an ongoing learning experience.

Eventually, she started thinking about combining art and science, about making films with the intention of weaving science into her storytelling.

“You have this drive inside you to make art. I was missing that.”

One of the things that reignited her creative drive was her husband’s experience with a pilot for a new TV show. There was a role Jeff Wincott wanted and didn’t get.

“I was so disappointed for him. He’s such a huge talent. I’d been working on lines with him, and all I could think was, ‘This is such bad writing. These are such bad shows.’ And he’s begging casting directors for parts?

“Bad roles, bad writing, bad TV — it’s crushing him. I thought, ‘I can write something better for him.’ Let’s look into the cost of a decent camera and good sound equipment and a basic editing program.”

She decided to write and shoot a short film, “with a cool part for Jeff.”

“It did pretty well! So we thought maybe we could consider a feature.”

Wincott made two other well-received short films and was working on a feature about bipolar disorder. She was ready to start filming it, and then the pandemic struck.

She put the project aside and hunkered down with her own family during COVID.

They went on nature walks together near their home in Washington, D.C. and her son’s many questions about flora and fauna started Wincott thinking about a whole new story.

She drew on her son’s curiosity and on some of her own childhood experiences to create the character of Elvis, a boy whose father struggles with mental illness.

“And we wouldn’t need to work with anyone else, which made sense during the pandemic. We used all the same equipment we’d used for the shorts. It was tough! I had to wrestle through. So this small film, The Issue With Elvis, came to fruition.

“In a way, that was a silver lining to the pandemic, in that we were forced to go inward and make something with very few people, in small spaces, and no bells and whistles. We had to go inside ourselves and think of stories that would be moving.”

Next up for release is Fall, Fight, Shine, a documentary she made about addiction that’s coming out later this year. It too is an award-winning film.

In keeping with Wincott’s desire to educate as well as entertain, she still intends to make that feature about bipolar disorder.

She’s just not sure if she’s ready.

“Everything is a learning curve. You get better and better with experience,” she said. “I’m trying to figure out if I have enough experience to do this big movie, and if not, I’ll do something smaller.”

She concedes that the positive response to The Issue With Elvis has set the bar high for her personally.

“We fearlessly went into that first one, but the second one — that part is scary,” she said, laughing.

“You always worry about what you’ll do next.”