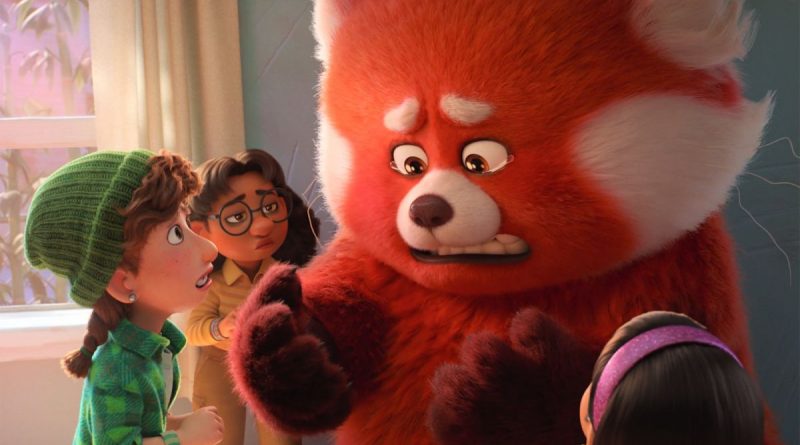 Turning Red is Disney/Pixar’s latest film about a Toronto teenager who discovers her uncontrollable ability to turn into a red panda whenever she experiences strong emotion. At its core, the animated feature is a metaphor for puberty. But as Disney/Pixar films are wont to do, it reminds us it’s good to embrace who we are instead of dampening our “red pandas.”

At first glance, viewers might think the “red panda” explicitly references Mei’s (Rosalie Chiang) first period, mostly because it’s what her mother Ming (Sandra Oh) thinks is happening when Mei locks herself in the bathroom after bursting into panda form for the first time. But Turning Red‘s intentions are broader than that. Instead of focusing on Mei’s singular entry into “womanhood,” the movie explores all of the big emotions tweens and teens go through.

From growing apart from her friends to rebelling against her mother, the desire to claim her own identity, and the overwhelming feeling of having to do it all — get good grades, participate in extracurriculars, and ACHIEVE so the future can be as bright as possible.

Contrary to what Twitter has to say about Turning Red — Mei repeatedly lies to her parents and sneaks out, the nerve! — the film has all of the heart-warming moments you’d expect from Disney/Pixar and just as many growth-inspiring messages — the kind that get important conversations going for a lot of families. Conversations around subjects that are hard to start, like blooming sexuality, rage, and yes, periods.

If anything, Turning Red serves as a reminder of the grace we need to show more of, both to ourselves and the people we share close bonds with.