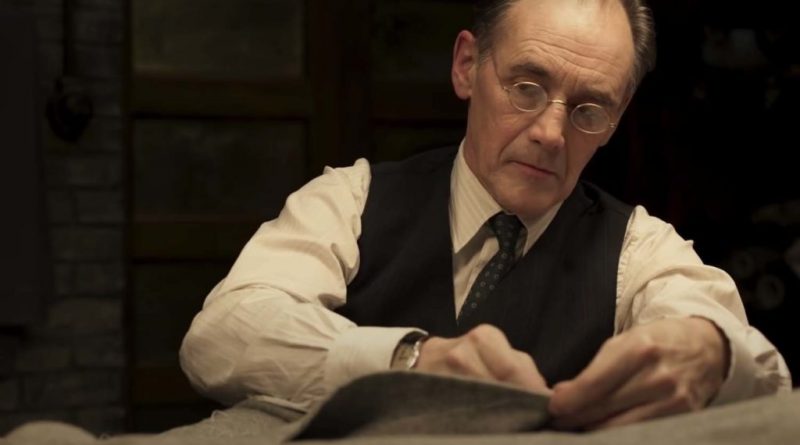 Few movies qualify as perfect, but The Outfit comes as close to pure perfection as Ivory soap. Everything — from casting to writing to lighting to plotting — defines this film as worthy. Everything is doubly good, starting with the double entendre of the title. A movie about a tailor called The Outfit would seem to refer to a bespoke suit, but the title also refers to an organization, a mafia.

The setting is a Dickensian tailor shop in Chicago in December, 1956. The film begins with narration of the mathematics of a suit. Even those numbers deceive: two pieces of fabric are really four fabrics pieced together in hundreds of steps.

Leonard is not the tailor who hems and buttons. He is the cutter, the man who wields shears to cut precisely. He used to work “on the Row,” that is, Savile Row, the famed street of cutters in London. Leonard believes that “you cannot make something good unless you know whom you’re making it for.” He is making these fine suits for the only people in Chicago who can afford them: cashmere criminals.

The mobsters call him “English.” The Outfit contrasts traditions in England with crimes in Chicago. Warring factions meet in Leonard’s shop in the night. Bodies bleed, wounds are sewn along with seams, and threats are threaded in conversation. Subterfuge defines dialogue and monologue.

Johnathan McClain and Graham Moore wrote the words. Nearly every line is quotable. The excellent work by actors depends on the writers’ well-wrought words. Leonard is played by Mark Rylance, his every frown and moué revealing. Rylance, so fine always and most recently in Don’t Look Up, is subtle and steady and wry. He is supported by the brilliant actor Simon Russell Beale as well as by Johnny Flynn and Dylan O’Brien, Zoey Deutch and Nikki Amuka-Bird.

Director Graham Moore’s credits include The Imitation Game. Playing with the classical unities of time and place, Moore set the film overnight in the shop’s small space. Dick Pope’s lighting exploits the dark interior; dominant browns of wool and wood pop with the red worn by the assistant or spilled in the blood of the dead. Symbols range from the microcosm of Leonard’s assistant’s souvenir snowstorms to the macrocosm of Chicago’s December drifts. All the way through, Alexandre Desplat’s music measures as steadily and subtlety as the plot, which flows with blood and snow and tears.

The Outfit wears well. As one of the characters says, “You don’t have to be Joe Friday to put it all together.”