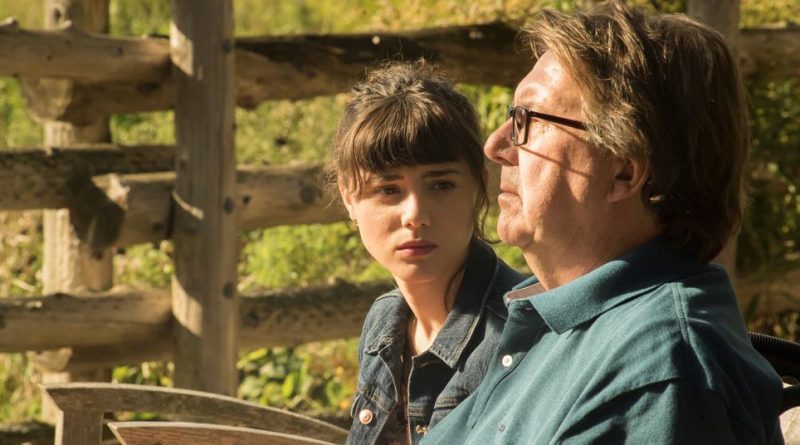 Édouard and his wife Madeleine sit for an interview. Surrounded by cameras and microphones, Édouard, a famous, if insufferable, history professor, brags on his ability to recite dates and events. In counterpoint, his long-suffering wife jabs him with corrections wrought from her exhaustion dealing with a historian losing his memory.

The French-Canadian film, You Will Remember Me, realistically reflects the cost to the whole family when dementia steals in. Madeleine has had it: she cannot keep the “till death do us part” of her vows one more minute. She drops Édouard at their daughter Isabella’s house. But Isabella cannot put her life on hold either. Her partner, Patrick, offers to watch Édouard, but, then, he promises to pay his unemployed daughter Bérénice if she’ll watch Édouard.

This is where You Will Remember Me shifts from a horizontal plot line to a vertical character study. It’s a slow but painfully beautiful journey to watch. The old man keeps names and numbers in a red notebook. He tells Bérénice about courting his beloved Madeleine; he remembers the election of René Lévesque, but he also remembers something significant that he’d longed to forget. The renowned academic rants at Bérénice: young people, stuck on their cell phones, are “prisoners of the eternal present.” Then he adds, “Like me.”

Much of the film’s poignance depends on actor Rémy Girard, who captures Édouard’s confusion as cleanly as he nail’s the prof’s ego. Karelle Tremblay, with her Valentine-shaped face, handles Bérénice’s maturation well. They are supported ably by Julie Le Breton as Isabelle, David Boutin as Patrick, and France Castel as Madeleine.

You Will Remember Me is like Still Alice, the film version of Lisa Genova’s novel, which is also about a professor reduced by Alzheimer’s. Both look at the effects of dementia, but in many ways, the 2020 Canadian film surpasses the 2014 American film for which Julianne Moore won an Oscar. Both consider memory loss, but, more importantly, each studies friendship and family in the face of that loss.