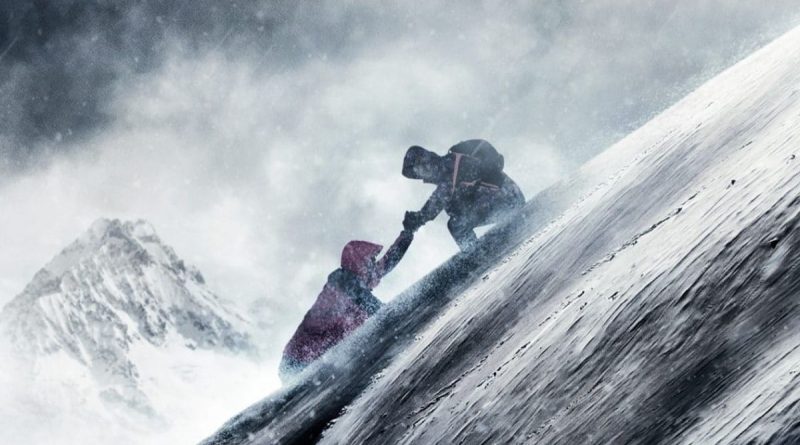 Having backpacked a fair amount in wilderness areas, I must admit I’m an easy audience for survival stories. So Infinite Storm grabbed me right away. Based on a true story that occurred October 17, 2010, on New Hampshire’s Mount Washington (which I’ve climbed in good weather), the action focuses for almost the entire film on two people: Pam Bales and John.

The would-be rescuer Pam is intent on saving the man she calls John, discovered nearly frozen, close to death. It turns out that Pam needs a bit of saving herself, more emotionally than physically, explained in brief flashbacks. No spoilers, but there isn’t much suspense surrounding a tragic accident involving Pam’s daughters, with the revelations gradually filled in. But that quickly recedes into the past as the central tension and drama revolve around John who offers little help and plenty of challenges as Pam battles the infamous Mt. Washington wind, snow and ice, steep terrain, and near whiteouts without John’s ability or intent to aid her.

At 6,288 feet, the highest peak in the Northeastern U.S., Mt. Washington doesn’t sound daunting, until the ferocious winds are factored in, along with a reputation quick, erratic weather shifts that have taken150 individuals’ lives. In quick order, Pam’s six mile hike transforms into a daunting mission, for which her experience and training with a search and rescue team qualify her. But anyone who has ever endured a struggle even remotely related to this one will identify with the determination to survive. Add to that the need to convince an obstinate stranger to also fight to live. An anticlimactic, and invented, post trauma meeting between Pam and John adds details but no needed insights.

As Pam, Naomi Watts commands the film with her physical and emotional gifts, conveying exertion and irritation, exhaustion and resourceful drive, steel grit and furious surrender. I applaud the fact that she isn’t a superhero but one lone individual hoping to save another, or at least make the ultimate attempt possible for a total stranger. Polish director Malgorzata Szumowska understands that rescue demands carefully executed actions, quiet fortitude, and previous preparation. Anyone ever stranded or endangered in a beautiful wilderness will understand and respond to Infinite Storm, a quiet, thoughtful dramatization of a truly life-threatening incident for two individuals.