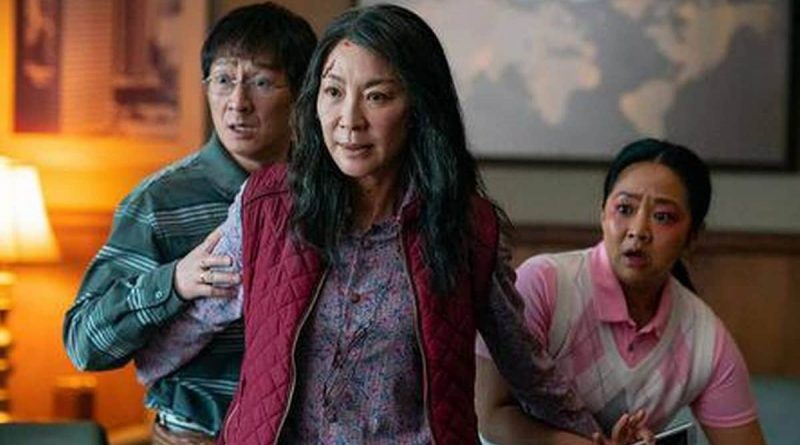 Never has there been a more truthful title. In Everything Everywhere All at Once, the filmmakers adhere to the motto that too much is never enough.

Married for many years, demanding Evelyn (Michelle Yeoh) and henpecked Waymond Wang (Ke Huy Quan), born and raised in China, own and operate a laundromat in California’s Simi Valley.

In the midst of Evelyn’s angst, inexplicably transformed Waymond gives her a set of instructions to enter a chaotic, surreal multiverse, which details the many alternate lives she could have lived.

Instead of leaving China, for example, Evelyn could have become a glamorous kung fu action star – or a knife-wielding hibachi chef.

Filmmakers Daniel Kwan and Daniel Scheinert, best known for casting Daniel Radcliffe as a flatulent corpse in the absurdist “Swiss Army Man” (2016), bill themselves simply as the Daniels.

On the Granger Gauge of 1 to 10, Everything Everywhere All at Once is a fragmented, frenetic 5, playing in theaters.