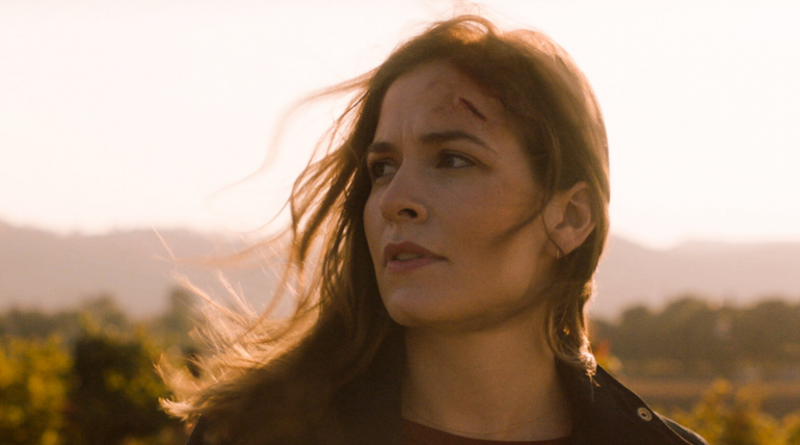 Set in California wine country, the film follows newly fired reporter Sloane Sawyer (Lelia Symington) as she reluctantly returns to her hometown. Having mourned the death of her mother some time ago, the home Sloane heads back to is a rural vineyard operated by her stepfather. Here, reconnecting with the vineyard’s migrant workers she feels akin to, Sloane discovers a web of corruption and threats against the working population.

With layers of racism, xenophobia, classicism and personal histories at play, Sloane is determined to get to the bottom of the harassment and find out what true threats are bubbling under the idyllic surface.

A play on the French wine term “brut” meaning a “dry, raw or unrefined flavour” most associated with champagne, Brut Force’s setting is the film’s major selling point. While there are plenty of romantic comedies and dramas set in wine country, this is one of the few – if only – thriller to take place on a California vineyard in recent memory. Its setting is, to pardon the pun, ripe for contrast against the sunny and dreamy backdrop.

While Symington has a lot going on in her script, it is both too far-reaching and familiar for audiences of the genre. The staginess of the dialogue and action is easily predictable, robbing the story of any tension before it ever has the chance to build. However, Symington shows potential, as does cinematographer Emilie Silvestri in her first feature film.

Though Brut Force is an eye-pleasing movie to look at, closer inspection reveals a plot that is a little too by-the-numbers and with performances that could grow with a little more nuance and subtlety. It’s no surprise that former Teen Wolf star Tyler Posey seems the most at ease and natural in his performance, especially when opposite a cast of working actors with small roles in indie and short films. The biggest detractor is ultimately that it feels as though we are just watching actors deliver their lines without much depth of feeling ingrained into the words they are speaking. If they don’t seem as though they are connected to the dialogue, neither can audiences.