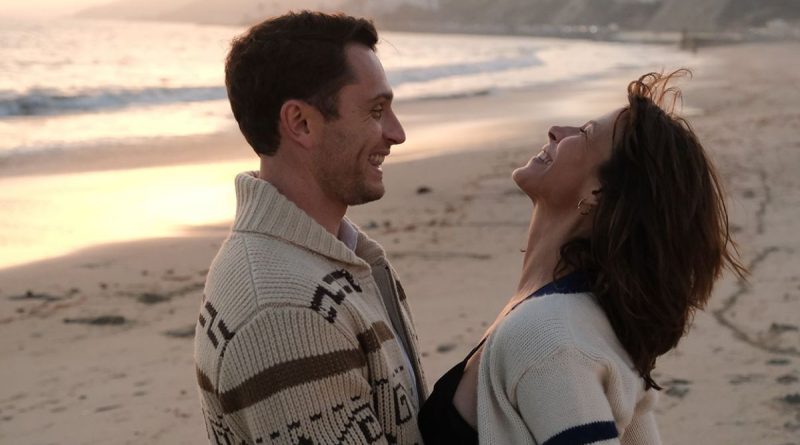 I was really hoping that I Love America would be better than its title. It’s the kind of title that feels like it can go one of two ways – either super cheesy and patriotic, which is unappealing in itself, or an attempt at irony and criticism, which a French rom com is unlikely to do well. And, spoiler alert: it’s not and it doesn’t.

Directed and co-written by Lisa Azuelos based on her own life story, the movie stars Sophie Marceau (Why, Sophie? Why?) as Lisa, who leaves France to move to Los Angeles and start a new life. Her kids are grown and she moves in with her best friend, Luka (Djanis Bouzyani), who’s been there for five years and owns a drag club. Determined to help her find love – although he is certainly no expert in that area – she sets her up on dating apps. Chaos ensues.

Luka, who is young and often immature, is an unlikely friend for Sophie and one of the many things that just doesn’t ring true in the movie. When they take a yoga class together, they’re loud and annoying to the other participants, which is supposed to be funny but just makes them seem like jerks. When Luka uses Melania Trump to prove that anyone can become anything in the US, I was done.

The movie features so many stereotypes and ridiculous situations – Lisa has to stick an EpiPen in a man’s backside on their first date, she goes on a date with a nudist, she lies about her age – that it all just becomes absurd and uninteresting pretty quickly. Those things might be actual incidents from Azuelos’ life and might actually make a funny story when she tells it but they don’t work in the movie.

And that’s a shame because, beneath all the crude humor, is a moving and important story about a young girl whose mother abandoned her. That’s the real story. But the tone is wrong and, tangled up with all the sex and talk about sex, its impact gets lost and it’s hard to care.

Azuelos had a difficult relationship with her mother, singer and actress Marie Laforêt, who died a few years ago, and I feel for her. I hope that doing this movie provided some closure for her. At least, then, it will have served a purpose.