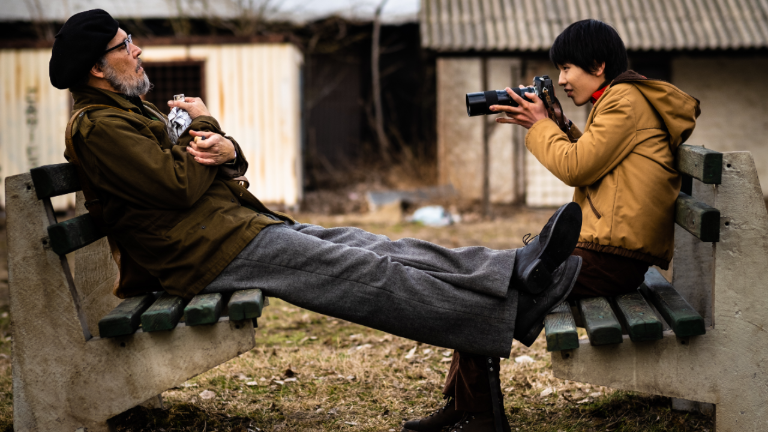 It’s hard to imagine a Johnny Depp film being ignored but that’s what happened after Minamata premiered at the Berlin International Film Festival back in 2020, when Covid shuttered most theaters.

Depp plays renowned W.W.II photojournalist W. Eugene ‘Gene’ Smith, who, by 1971, had become a jaded recluse: broke, wasted, estranged from his children, and suffering from PTSD.

Then, suddenly, his interest was piqued when Japanese translator Aileen Mioko (Minami) told him about a plague of mercury poisoning that was devastating the coastal community of Minamata.

Commissioned by LIFE magazine editor Robert Hayes (Bill Nighy), Gene took off for rural Minamata, where he learned that the Chisso Corporation was routinely dumping highly toxic chemicals into the surrounding sea.

With mercury contaminating their water supply, villagers – especially children – have been suffering severe neurological damage for many years. First discovered in 1956, Minamata disease impacted thousands of people by also poisoning the fish and shellfish which comprise the mainstay of their diet.

Guided by Aileen, surly Gene comes to respect the locals’ manners and mores, eventually earning the trust of villagers who were initially reluctant to be photographed. That resulted in his Pieta-like image of a mother cradling her emaciated, deformed daughter in a traditional Japanese tub, titled ‘Tomoka Uemura in Her Bath.’

Based on true events from Smith’s autobiography, it’s adapted by co-screenwriters David K. Kessler, Stephen Deuters and Jason Forman, along with director Andrew Levitas. But they never really explore Gene’s motivations. That’s particularly obvious when Gene impulsively gives his camera to a crippled boy, who then shoots his own set of photographs.

As if to compensate for the storytellers’ lack of cohesiveness, cinematographer Benoit Delhomme delivers riveting visuals, accompanied by Ryuichi Sakamato’s poignant score – while Johnny Depp projects a searing image of pain under pressure.

The end titles detail what happened, including how industrial poisoning continues around the world, along with its deadly consequences.

On the Granger Gauge of 1 to 10, Minamata is an empathetic 7, available for rent or purchase on Prime Video and/or Apple TV.