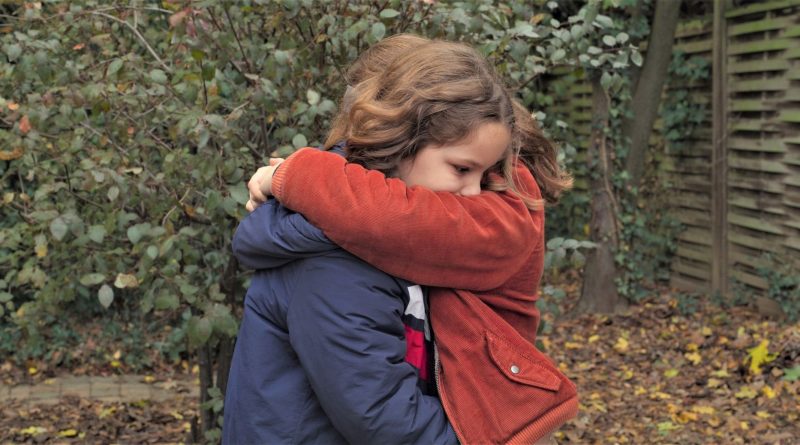 An old woman fills out a crossword puzzle with the help of an 8-year-old girl. After they fill in the last word, the girl, Nelly (Joséphine Sanz), says good-bye. She moves to the next room down the hall and says good-bye to the elderly woman in that room and then does the same in a third room. When she reaches the fourth room, a 30ish woman is packing up some belongings. The woman is Nelly’s mother, Marion (Nina Meurisse), who gives her assent when Nelly asks if she can keep a walking stick. This brief, skillfully rendered sequence tells us all we need to know about the circumstances that will dominate the remainder of the film—Marion’s mother has died, and she, Nelly, and Nelly’s father (Stéphane Varupenne) will go to Marion’s childhood home to pack up the old woman’s belongings.

French director Céline Sciamma expands her examination of women’s lives by turning to their generational connections and, specifically, the formative moments of girlhood. Marion encounters artifacts from her childhood—books, drawings, old wallpaper. She tries to answer Nelly’s questions about her youth, but overcome by grief, she leaves the house. Left to her own devices, Nelly searches for remnants of a treehouse Marion built in the woods and encounters her mother at the age of 8 (Gabrielle Sanz).

It is sheer genius for Sciamma, who also wrote the screenplay, to level the playing field by bringing mother and daughter together as peers to talk about the things that really matter to them—young Marion’s fear of an operation she is to undergo in three days’ time and Nelly’s worry that she is the cause of her mother’s melancholy (young Marion reassures her as only the honesty of a child can that “you didn’t invent my sadness.”) Nelly, who confesses to her older mother that she wishes she had given her grandmother a proper good-bye, gets a chance at a do-over, albeit with a younger version (Margot Abascal).

Sciamma brings her camera down to a child’s eye level and favors close-ups that match the curiosity the girls have for each other. Perhaps Nelly is simply tapping into the ghosts of Marion’s past, but whether actual time travel is involved is somewhat beside the point. The simple, but never childish dialogue, the rapport and generosity of spirit between the girls, and the willingness to believe each other in a way that is so true of girlhood is the real miracle in this film. Sciamma has given us a story we all would like to believe in and imagine for ourselves in our own way.