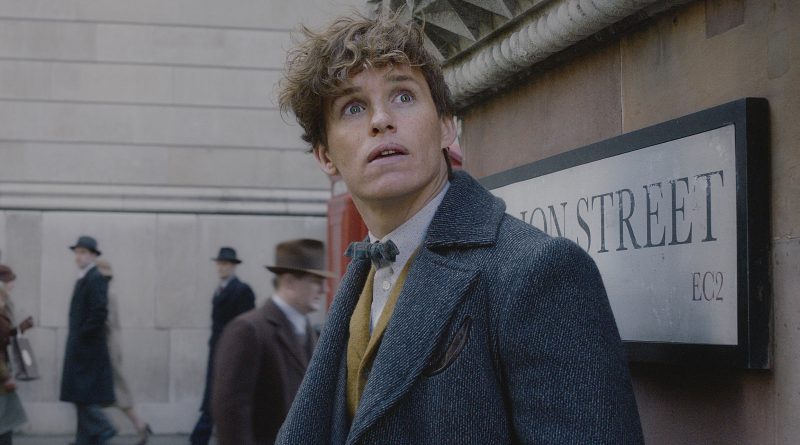 Happily, Warner Brothers and the filmmakers behind Fantastic Beasts: The Secrets of Dumbledore have openly flouted ‘Don’t Say Gay’ absurdities with the third installment of the Fantastic Beasts franchise. Right out of the gate, Dumbledore (Jude Law) and Gridelwald (Mads Mikkelsen) talk about the love and devotion they once had for each other. No one is hit over the head with it. It was part of the life they once shared. That’s just one of some very adult, and often understated qualities to appreciate in the new film. Is it on par with the Harry Potter series? No. It can’t possibly offer the parade of iconic British thespians or capture the coming-of-age pains that those films do, not least because, as many of us were made aware during the Back to Hogwarts special, iconic British thespians have been dropping like flies. Also, from the onset, Fantastic Beasts has been more a series for grownups, which makes sense. Kids who read the first Harry Potter book in 1997 are at least 26 years old now. Let’s just say in all fairness comparing Fantastic Beasts to Harry Potter is a fool’s game.

That being said, Fantastic Beasts: The Secrets of Dumbledore has the same gorgeous production design, thanks to Stuart Craig, and costuming, courtesy of Colleen Atwood. My husband, a film aficionado who rarely mentions costumes, brought them up repeatedly during our screening, so kudos, Colleen! Craig is largely responsible for maintaining a consistent visual tone for all the Harry Potter films, and he works his visual magic again in Secrets of Dumbledore. The world building is impressive, and he differentiates yet builds a believable bridge between pre-WW2 Europe and the wizard world of the same era.

Fantastic Beasts: The Secrets of Dumbledore takes place in 1932, and centers around a mission given by Dumbledore to his most loyal and skilled witch and wizard friends to stop Grindelwald from starting a war involving both the wizarding and muggle worlds. He puts the most trust in Newt, who, along with his very erudite, suave, and James Bond-esque brother Theseus (Callum Turner) and American badass witch and charms professor Lally Hicks (Jessica Williams), enlist the help of lovelorn muggle baker Jacob Kowalski (Dan Fogler). Much of the rest of the plot is a bit of a muddle, and much of the whys and wherefores are unclear. Thank goddess for fascinating characters, or the audience would actually notice there are more plot holes in this movie than there are mirrors in Gideroy Lockhart’s house.

It is the characters that keep the audience connected. Although the film is name-checking Hogwarts’s favorite headmaster, it is Eddie Redmayne’s Newt Scamander who is its heart. Scamander and his animals weave the thread of the story from beginning to end, with that sweet diffidence and expertise we all know and love once again in full evidence. As Newt, Redmayne is always a delight, and several times laugh-out-loud funny. Law as Dumbledore does a great job at playing both heartbroken lover and wizarding world leader-in-training, but it is Redmayne, Turner, Fogler, and Williams that keep viewers most connected to the story through their portrayals.

Fantastic Beasts: The Secrets of Dumbledore suffers from an over 2 hour running time, and dangling storylines. Also, fans of creatures both real and imagined should be aware there are animals killed during the course of the film. Still, the visual splendor and entertaining acting make up for it enough to offer a worthy diversion. There’s more than enough magic to suit Harry Potter fans who are now old enough to want a night out, away from their own mugglebabies.