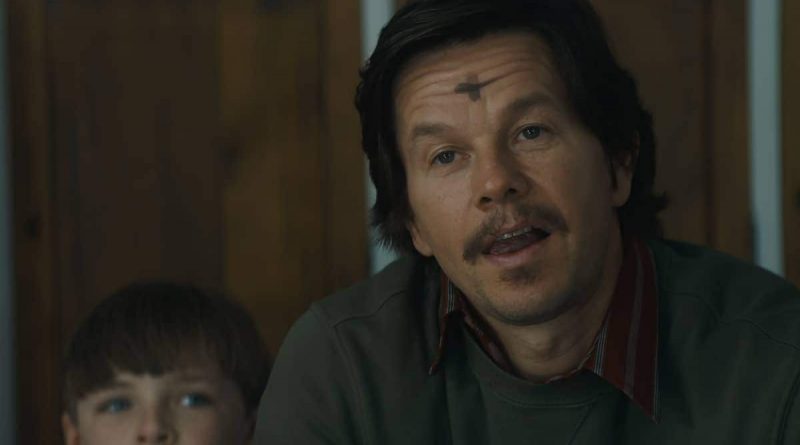 Mark Wahlberg isn’t proselytizing, but he’s trying to reach a higher level through a Higher Power in Father Stu.

Father Stu is a foul-mouthed, faith-based feature starring Mark Wahlberg as a pugilistic priest from the wrong side of the tracks, who redeems himself as he delivers others from sin. Father Stu is based on the true story of Stuart Long, who grew up in a dysfunctional family in Montana. When he was passed his prime as a boxer, Stu moved to Los Angeles to be an actor, but after he had a near fatal motorcycle accident, he found the Lord and his calling as a priest.

Even though he was a devoted man of the cloth, Father Stu remained a redneck reverend who delivered streetwise sermons, mostly to down and out man and women who were in desperate need of help. How Father Stu became a gangster of the gospel with the parents and background he had is a miracle in itself.

Mark Wahlberg, who gained a significant amount of weight for the role, is lovably crude and crass.

Mel Gibson and Jackie Weaver play his estranged dad and mom. Gibson is basically playing his own racist self, while Weaver tries her best to be supportive. Father Stu went to Hollywood to be the new John Wayne and ended up with true grit. The story, produced by Wahlberg, is told with grace and humor and a lot of F-bombs. Father Stu is a first feature from director Rosalind Ross, who also wrote the script. The film is a Rated R Sunday School lesson just in time for Easter. My husband, Ricky, wasn’t converted, but he gives this film 2 eyes open. I grant Father Stu 3 Hail Mary’s and 3 Our Father’s.