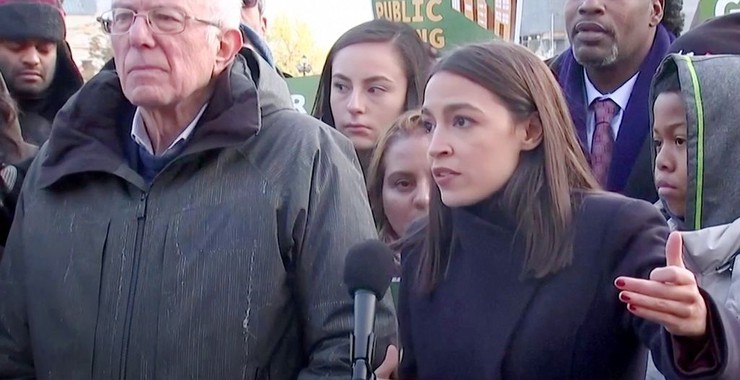 “I believe the children are our future. Teach them well and let them lead the way.” – Whitney Houston, The Greatest Love of All

On one hand, there is a deep social understanding that a child will one day inherit the world and that children will grow into power, into leaders and ultimately into the ascendants of the next generation.

On the other hand, each generation bullies the next for replacing them in the socio-economic construct of control. No generation is as wholesome, committed or influential as their predecessors, right?

Millennials are on the cusp of that control as Generation Xers (and Xennials) exhaust the end of their endowment. It is time for those who have been deemed “lazy, entitled and narcissistic” to take the reins of structural power.

This cyclical exchange is notated in the feature documentary, The Revolution Generation based on the book authored by Josh Tickell, The Revolution Generation: How Millennials Can Save America and the World (Before It’s Too Late). Spouses Josh Tickell and Rebecca Harrell Tickell turn a lens on the question of how Millennials can rescue the world and its future from certain demise while providing demonstrative proof that they are not only the opposite of their reputation, but are the best generation suited for the job.

Award-winning actor Michelle Rodriguez, who is a Millennial, narrates the 80-minute trek through the past, through socio-political and cultural potential, and through a call-to-arms for the future. Her assignment is to assemble the next gen around their own abilities and ask them to fight.

Except, there is more than just high-fives. This expository doc is an example of “high-five, down-low, too-slow”– as it succeeds through the rallying voices of its celebrity and activist experts in saluting Millennials and their capacity to inherit the power of the political complex but when it comes to substance otherwise, it misses its own compositional possibilities.

Change. Change is still a socio-political buzzword thanks to the marketing prowess behind Barack Obama’s presidential campaign. Frequently, it is elevated from buzzword to battle cry. But as it was treated during the lead up to the historic moment of electing the United States of America’s first Black president and proven by the bank bailout under his command, “change” is but a molded vessel of confusion in which to pour the desperate hopes of the disenfranchised collective. It is not a promise to dismantle the system that creates that desperation. as it is treated here.

The Revolution Generation defines the crisis, explains why there is a crisis, asks for change and calls on Millennials to take responsibility for it. But it never delves into what change is or even revolution, but rather conflates them in the interest of negotiating The American Dream and fulfilling the potential of The Great American Promise.

What most people think when they hear the word “revolution” is rebellion, subversion, insurgency. Acts that result in dismantling constructs, systems and regimes. To bring an end to existing designs, frameworks and organizations and then replace them with something wholly new.

Revolution can also mean to turn, to cycle, to do again. Within the context of change, this is what revolution means. Disassembly is not inherent in change. By definition, change is but the act of replacing something old with something new and usually “of the same kind’, not necessarily the demolition of its structure. And still Revolution hinges its narrative on the existential and political paradox of structural change.

According to generational theorist, Neil Howe, there are four generational archetypes; there are four “Turnings”– or eras defined by a social and cultural “mood”; and every 80 years– or the equivalent of a four-Turnings cycle, there is a catastrophic crisis dealt upon the earth. War, economic meltdown, civil unrest and uprising.

Where it effectively explains the four archetypes of a generation and their roles, and the four-generational cycle, Revolution fails to address what it actually means to be cyclical– to repeat, to do again. Why, if each generation yearns for and demands change, do we keep repeating a cycle?

The movie is all introduction as it describes the low reputation of the Millennial, the depressed state of the world and all its systems, alludes to but does not explore hyperconnectivity vs interconnectivity, and mentions social, political, cultural and economic causes of recent times but does not adequately explain what they amount to. Subject-matter of this nature requires more than mere platitudes.

Revolution admits it wants change over re-design and encourages Millennials to fight “for an America as good as its promise” but simply refuses to define that promise. If it did, it would have to admit that that promise is economic growth for all and it would have to examine how economic growth is historically, or throughout the generational cycles, accomplished. It does not.

Perpetuating supply and demand within the context of the plantation is where the world is cyclical. Fashions change, language changes, music, technologies, philosophies all change. But the pursuit of economic bliss persists. Yet this is barely discussed in Revolution.

Superficial is a generous word for a documentary that hangs its thematic anchor on generation-cycles theory but excludes the voices and perspectives of anyone who has lived through all of them. It pieces footage of protests, news clippings from political debates and soundbites together into what feels like a collection of short stories, rather than a fully fleshed narrative constructed around a solid and communicable idea.

Unless that idea is simply for Millennials to vote, be aware of and fight for environmental safety and promote BIPOC, gender and LGBTQ diversity (while excluding testimony around the lived-experience of a diversity hire), which is the same impetus of the previous generation, the one before that and the one before that.

Vanity change is structural change. Revolution is an ask to look different but be the same. And if it’s not, a deeper ask is not effectively communicated in this movie. What is presented seems entirely illogical right down to the supposition that because the constitution is written on paper, the way to beneficial change is to write more things down.

What Whitney Houston sang in The Greatest Love of All is the key to what is missing from The Revolution Generation. None of this matters as long as the children, who are the next generation and are the future, are repeatedly taught and conditioned in the way of the plantation or money for people– the process by which economic growth or this Great American Promise is obtained generation after generation.

In the end, Revolution just proves that Millennials suffer from the same delusions as their foreparents: that they are special, different and will change the world. No, they are not asked to break the cycle, but to inherit it and rather than challenge this collection of systems, are asked to become stewards of it. And therefore, in 80 years, will hand down a catastrophic crisis to their grandchildren.