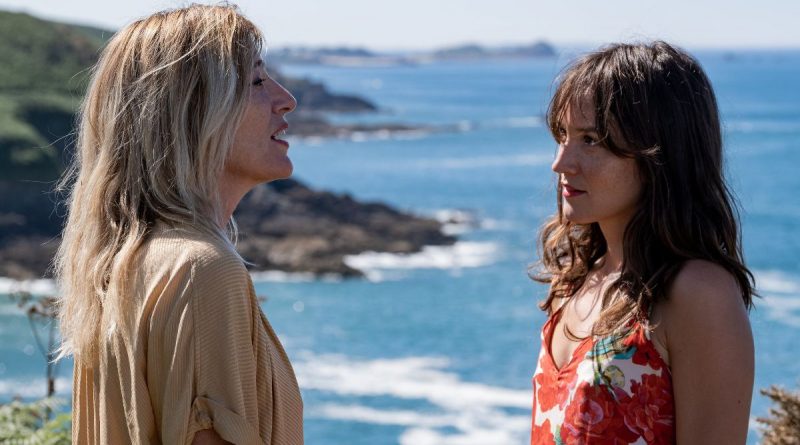 Call her irresponsible, call her unreliable, call her infuriating, call her self-centered, call her Anaïs in Love. A first feature from French writer-director Charline Bourgeiois-Tacquet, Anaïs in Love revolves around an exceedingly irresponsible, and, yes, quite fetching 30-year-old woman who acts like a rebellious teen who constantly thinks about herself without considering how her choices affect those around her.

When we first meet the title character, played by Anaïs Demoustier, she is juggling her life choices and making a mess out of all of them. She is always late, she is two months behind on her rent, nowhere near completing her thesis project, is pregnant with a child she doesn’t want by a man she wants to boot out of her life as well.

In this supposed rom-com, our so-called heroine doesn’t’ make it very easy to root for her. She is so blind to others and their needs that when a Korean couple comes to view an apartment for an Airbnb vacation, she confuses the tourists by talking to them in French. The flaw here is that the oven is a fire hazard — something she explains — and the inevitable, of course, will happen. She leaves her landlady behind without paying her back rent to race to a house party. Once there, she chats up Daniel (Denis Podalydès), a married book publisher who is old enough to be her own father, but he is unable to summon much passion in bed.

But when she goes to the bathroom, she spies signs of a female presence – pricey perfume, lipsticks, photos and volumes that belong to Daniel’s wife Émilie (Valeria Bruni-Tedeschi), who is a book writer. At one point, flashes of old photos featuring Sapphic orgies fill the screen. Despite the fact she betrayed this woman by trying to seduce her husband, Anaïs doubles-down on her same-sex attraction and proceeds to switch to chasing down her next target. She follows her prey to a far-away writing symposium with the backdrop of sun, sand and ocean waves. And sure enough the pair engage in exploring each other while radiating a powerful attraction for one another.

Several critics have noted a similarity to the Joachim Trier’s Oscar-nominated The Worst Person in the World, which also features a 30-something attractive brunette, but there are waves of deeper emotion seen on the screen such as suffering, hurt and sadness. First-time director Bourgeois-Tacquet isn’t out to judge her main character. And, we see a better side of her character as she rallies to help her mom, who has been diagnosed with terminal cancer.