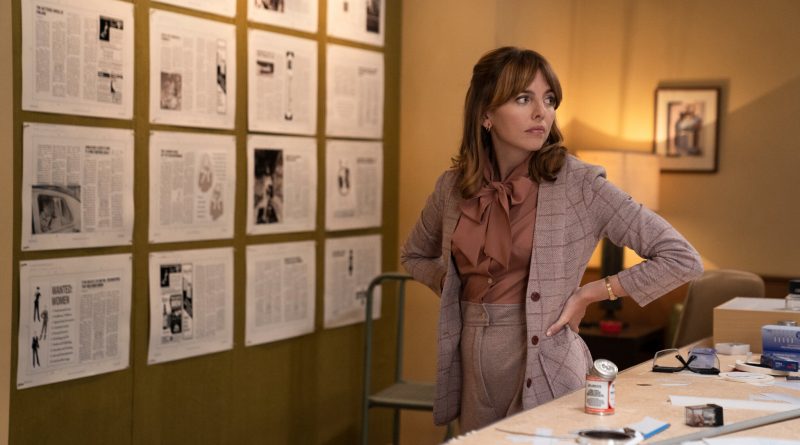 Why would anyone want to see a dramedy set in the Seventies? Well, Minx does sport full frontal male nudity — finally. If that does not appeal, how about going back to 1971 to see how young feminists dealt with male bullies, the ones with their clothes on and their hands on the moneybags?

Minx succeeds with the former and the latter criterion. The name of a magazine, Minx, a clever play on words for “floosy,” presents gents in the buff in the centerfold. To select just the right bulked firefighter or buff athlete, menfolk have to audition, in the firehouse or the locker room. There’s nothing coy about these auditions, and that’s one of the most honest aspects of the 10 episodes.

However, the greater issue concerns an earnest feminist, Joyce, a Vassar alumna and a feminist with frisson. “I did quite well on my Graduate Record Exams,” she humble-brags. She finally finds a publisher for her earnest feminist essays about male chauvinists and about the ERA. Doug Renetti, the power behind the publishing network called Bottom Dollar, takes Joyce up on her offer to write for his magazine. Doug sees a chance to build on the attention garnered by Burt Reynolds and that basketball in Cosmopolitan. Evidently — surprise! — there is a market for more men, á la Playgirl magazine.

Joyce, played believably by c, gives Doug books to bone up on. Doug is played by co-producer Jake Johnson (New Girl), the so-called “wretched pornographer.” Tension radiates throughout, resulting in humor but also, at the end of Episode eight, in poignancy when Joyce has to decide if Minx is worth her political energy. Doug tussles with his Mafia-based distributors, whose Roman Catholic wives don’t like Joyce’s article, “The Pill for Single Girls.” Doug and his efficient Girl Friday, Tina, played so well by Idara Victor, balance sexual tension with good business. Richie, the gay photographer, comes fully alive under Oscar Montoya’s acting skill.

Minx jostles down memory lane, complete with polyester clothes, typewriters, and the rhetoric of the Seventies. However, one grating anachronism is generic use of “guy,” rarely heard in 1971. The music, including, of course, Helen Reddy’s “I Am Woman,” signifies throughout, and allusions to Gloria Steinem fit neatly.

Minx was created by Ellen Rapport, who takes co-writing credits with six others. It is directed by a group, chiefly by co-writer Rachel Lee Goldenberg. Minx works on so many levels.