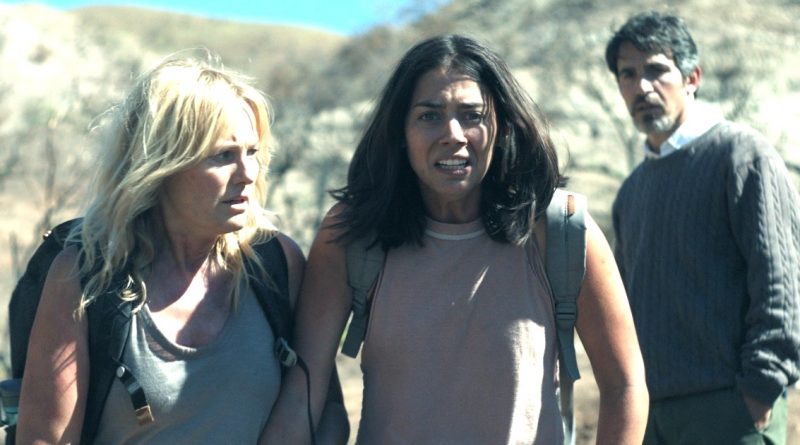 In a tale of twists, sisterhood, and triumph, two women join forces to escape the sinister cult Skylight in The Aviary. From Saban Films and co-directed by Chris Cullari and Jennifer Raite, The Aviary stars Malin Akerman, Lorenza Izzo, and Chris Messina.

Formerly trapped at Skylight’s isolated desert campus the Aviary, Jillian (Akerman) and Blair (Izzo) make their escape into the desert. While they only planned to be out in the wilderness for three days, they quickly start to become consumed by paranoia. Is the cult’s leader, Seth (Messina), after them? Does he still have a grasp on these women’s minds? As their supplies start to dwindle and their minds start to fail them, Jillian and Blair wonder if they’ll ever be able to escape the man who rewired their brains.

I am a fan of movies centered around cults. if you are, too, you might be left wanting more from The Aviary. Considering the plot, which described Skylight as an “insidious cult,” I found myself wanting more insidious out of the plot, especially in terms of twists. With a 1:36 runtime, I also expected more focus on Skylight and the operation Seth was running. By the end, I found myself wondering what the Aviary looked like and who the other women there might be. Plus, I really wanted to know Seth’s overall purpose in twisting these women’s minds.

I do have the utmost respect for the leads in The Aviary. Akerman and Izzo do a phenomenal job captivating the audience and moving the story along, and considering they’re really the ones involved in the storytelling, it’s a hefty task. Even Messina, who shows up in some of The Aviary‘s most pivotal moments, deserves kudos for his performance in the film. Overall, The Aviary lacks story but not storytelling/