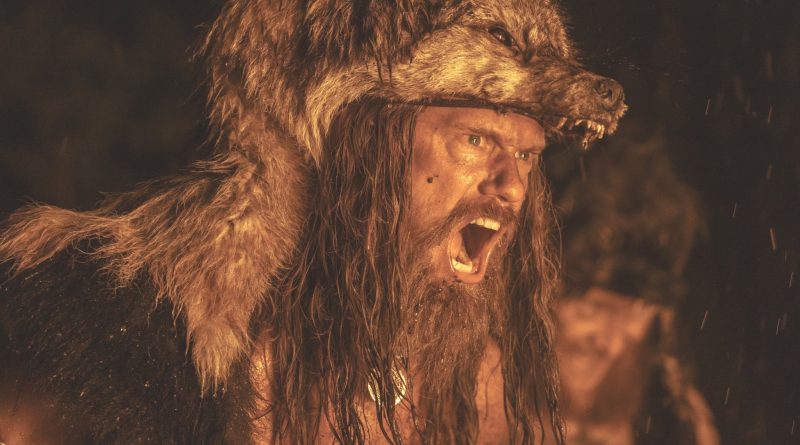 If you like brawling, bloody brutality, head for The Northman, Robert Eggers’ intense Nordic nightmare. Eggers’ previous films – The Witch (2015) and The Lighthouse (2019) – blurred the boundary between fantasy and reality, so it’s not surprising that this Viking revenge saga follows suit.

That evening, harking back to their feral wolf ancestors, young Amleth, wounded Aurvandill and the wild-eyed holy man Heimir (Willem Dafoe) journey to a cave where they engage in an intoxicating pagan ritual that induces howling and vivid hallucinations.

Later, while walking with Amleth in the forest, Aurvandill is ambushed and assassinated by his brother Fjolnir (Claes Bang). Vowing vengeance, Amleth hides from his uncle, eventually escaping to Iceland.

Years later (914 A.D.), a witch (Bjork) reminds now-adult Amleth (Alexander Skarsgard) of his fate. Then he’s captured and brought as a slave to Fjolnir, now married to duplicitous Gudrun who begat another son. Complicating matters, Amleth has fallen in love with clever captive Olga (Anya Taylor-Joy).

If you’re into Icelandic folklore, you’ll recognize that Amleth is the Viking name for Hamlet, thus heralding this viscerally violent Scandinavian inspiration for Shakespeare’s tale. Historically, Amleth’s story can be traced back in “The History of the Danes.”

One of the recurring thematic images is the sacred Tree of Kings, based on the giant ash tree Yggdrasil – central to Norse mythology. It’s fashioned from human veins and hung with the dead bodies of warriors.

On the Granger Gauge of 1 to 10, “The Northman” is a savage, supernatural, often silly 6, playing in theaters.