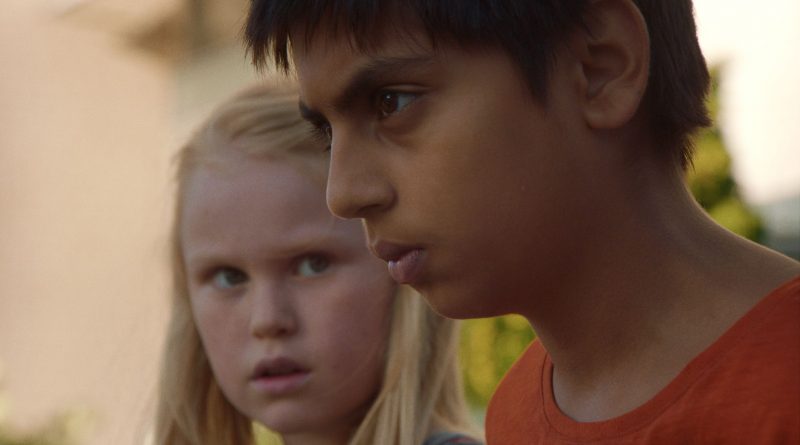 While generically worlds apart, two films from the 2021 Cannes Un Certain Regard section which have found recent wider release – Laura Wandel’s Playground and Eskil Vogt’s The Innocents – intersect in their mutual fascination with the dark side of childhood and the interpersonal power play of the young in deep, profound, and unshakable ways. While Wandel’s film is an unflinching, intimate descent into the world of children seen through the lens of the social reality of bullying, The Innocents takes an altogether far more fantastic approach to equally terse, tense relationships. The latter situates its exploration of experience and its titular concept of innocence in a world where the supernatural is accepted as an everyday part of life when seen through the eyes of a child.

The Innocents follows Ida (Rakel Lenora Fløttum), the youngest child of a family who have moved into a large, anonymous apartment complex in a somewhat rural locale somewhere in Norway when her father relocates the family for a new job. Her older sister Anna (Alva Brynsmo Ramstad) is non-verbal, which Ida sees as an opportunity to cruelly torment her and, in some of the film’s most unpleasant moments, physically abuse her. Befriending a local boy similar in age called Ben (Sam Ashraf), Ida’s sadism suddenly pales in comparison next to that of this clearly dangerous, unstable young boy. Sweet little AIsha (Mina Yasmin Bremseth) befriends the group also – particularly Anna, with whom she has a psychic connection – and between the foursome, the lines between what is acceptable playfulness and experimentation with boundary pushing is pushed to the limits as their supernatural abilities increasingly come to the fore.

The film’s very title is less a statement of fact, then, than an active provocation. The widespread, often automatic fetishization of children as these pure vessels of innocence and purity is placed under Vogt’s cinematic microscope with extraordinary effect. These children are, first and foremost, people, and thus granted individual personalities, quirks, strengths and weaknesses that define them as characters rather than merely reduced to ciphers, as people of this age so often are. Disturbing, intelligent and held together by a young cast of jaw-droppingly talented actors, The Innocents is a hard film to shake, but at its core one drenched in a spirit of respect for children and their autonomy that is far too rare.