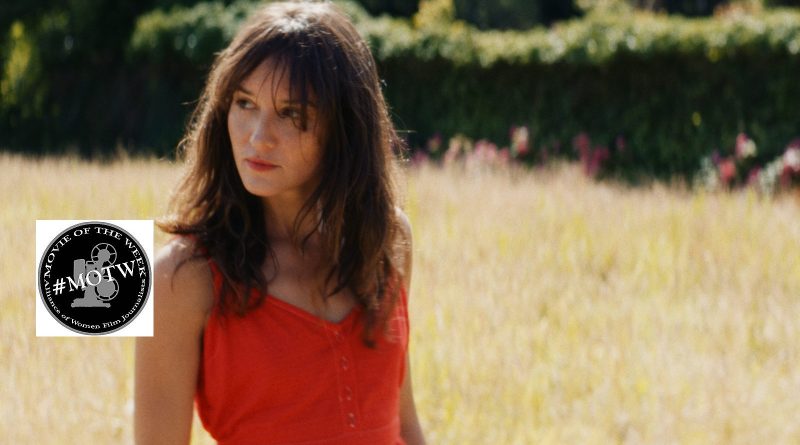 Like a French Greta Gerwig character, the charming but often-flighty Anaïs (Anaïs Demoustier) discovers the truth behind Shakespeare’s old adage that the course of true love never did run smooth in Charline Bourgeois-Tacquet’s beguiling French romantic comedy Anaïs in Love. As she negotiates family, work, and romance, Anaïs begins to realize that her ultra-carefree approach to life may not always be the best option now that she’s entering her 30s. But does that mean she has to change her ways? Perhaps oui, perhaps non — but there’s no denying that Anaïs’ impulsive, no-regrets nature is a big part of what draws others to her, from the long-suffering Raoul (Christophe Montenez), whom Anaïs suspects she is bored with, to new lover Daniel (Denis Podalydès), a man old enough to be her father who is irresistibly drawn to her irrepressible, youthful energy. But it turns out to be Daniel’s long-term partner, an insightful writer named Emilie (Valeria Bruni Tedeschi), who fully captures Anaïs’ imagination and attention, especially during an idyllic countryside symposium.

Meanwhile, Anaïs is forced to confront the unhappy news that her mother’s cancer, long in remission, has metastasized, as well as try to fulfill her duties at work and successfully placate her landlady, whose demands for the rent Anaïs owes are becoming more frequent. In other words, Anaïs has to grow up and take responsibility, which doesn’t come naturally to her, especially when she’s caught up in affairs of the heart. But nothing keeps her down for long, and she isn’t one to let grass grow under her feet when she sees something she wants.

A character like Anaïs could easily come across as spoiled, entitled, or clueless, but — with her warm but impish smile and seemingly boundless optimism — Demoustier makes her endearing, even when you can’t help rolling your eyes at some of her proclamations and decisions. And with its worldly approach to passion and romance, the film is both refreshing and reassuringly French. As writer/director Bourgeois-Tacquet’s first feature, Anaïs in Love makes it clear that she’s a filmmaker to watch.– Betsy Bozdech

Loren King What’s not to love about Anais in Love? Not only does French writer/director Charline Bourgeois-Taquet’s dramedy feature a sensual seductive dance set to Bette Davis Eyes; clips of the great Gena Rowlands in her masterful movie Opening Night; and a significant nod to Marguerite Duras’ novel The Ravishing of Lol Stein but we also get yet another delectable performance from the always interesting Valeria Bruni Tedeschi. Her character Emilie, a refreshingly unpretentious writer comfortable with middle age, is the unexpected focus for thirty-something Anaïs (Anaïs Demoustier). Until she arrives at the writers’ retreat where Emilie is staying, Anaïs is a frenetic, scattered presence as she copes with her ill mother; her limited finances; and her unstable romantic life. The film settles into a lovely rhythm, along with Anaïs, as she and Emilie connect and both make unexpected and delightful discoveries about themselves.

Pam Grady: Anaïs Demoustier displays fearless commitment in playing a spectacularly self-involved woman in this always riveting, sometimes maddening drama. The titular Anaïs is 30 with the emotional maturity of a 15-year-old. She weaponizes incompetence, disregards other people’s feelings, and makes everything about herself. A dalliance with married, middle-aged Daniel (Denis Podalydès) leads to a stalking obsession with his partner Emilie (Valeria Bruni Tedeschi). The older woman is an esteemed writer with a brilliant career and Anaïs – who has yet to complete her university studies and ghosts employers – declares they are exactly alike, so much so that Anaïs cannot help but regard Emilie as her next conquest. First-time feature writer-director Charline Bourgeois-Tacquet has etched a vivid portrait of a woman who is the living embodiment of the classic Whitney Houson lyric, “The great love of all is inside of me.”

Jennifer Merin Writer/director Charline Bourgeois-Taquet’s first feature, Anais in Love, is an engaging romp of a French romcom. The story centers on a fast forward, breezy 30-year old adolescent who’s looking for love while trying to figure out what love is, When she finds it in the most unexpected place, she doesn’t quite know how to capture it. The plot is quirky, the script is droll and the charming Anais Demoustier in the title role, surrounded by a delightful ensemble, makes the chase a very enjoyable watch.

Susan Wloszczyna: Call her irresponsible, call her unreliable, call her infuriating, call her self-centered, call her Anaïs in Love. A first feature from French writer-director Charline Bourgeiois-Tacquet, Anaïs in Love revolves around an exceedingly irresponsible, and, yes, quite fetching 30-year-old woman who acts like a rebellious teen who constantly thinks about herself without considering how her choices affect those around her. Read full review.

Sandie Angulo Chen: Anaïs in Love is a breezy and utterly French romcom starring the vibrant and irresistibly charming Anaïs Demoustier as the titular main character. Writer-director Charline Bourgeois-Tacquet’s film relies on Demoustier’s magnetic appeal, because the 30-year-old character gets everything she wants and can make nearly anyone fall in love with her — including the audience. It doesn’t matter that she’s chronically late, self-absorbed, and has no problem being in non-monogamous relationships, Demoustier imbues Anaïs with a delightful exuberance. Valeria Bruni Tedeschi gives a nuanced and memorable performance as Emilie, the 56-year-old writer (and live-in partner of Anaïs’s lover) Anaïs falls for and seduces. It sounds messy, but somehow the filmmaker and score keep it light and sweet and smartly focused on Anaïs.

Marilyn Ferdinand True to her namesake, French writer Anaïs Nin, young, energetic Anaïs (Anaïs Demoustier) is studying, writing about, and living a life devoted to passion. Dissatisfied with her current relationship, Anaïs charms an older man (Denis Podalydès), but soon becomes charmed herself by the writing of his longtime lover, Emilie (Valeria Bruni Tedeschi), and sets out to meet and seduce her. Director Charline Bourgeois-Tacquet’s Anaïs in Love is an entertaining romp as it races through Anaïs’ daisy chain of loves, but demonstrates, as Anaïs herself suspects, that she has no talent for falling love. We can only hope that she finds herself and some purpose in life, but that’s a story for another movie.

Leslie Combemale The heart is a muscle, and Anais In Love suggests that heartbreak makes that muscle stronger. Good thing, because the title character flits about in a largely insufferable way, as a sort of blithe narcissist whose attitude of entitlement nearly always gets her what she wants. Somehow lead actor Anais Demoustier makes her likable, an impressive feat and a miracle of sorts, so that viewers get invested, forgive her carelessness, and root for her.

Cate Marquis Writer/director Charline Bourgeois-Taquet’s French romantic comedy Anaïs in Love is all about a beautiful young woman who is as unfocused and irresponsible as they come, and who is being completely unaware of the messes she leaves and hearts she breaks in her wake. Anais (Anais Demoustier) is unreliable, demanding and impulsive, and yet still charms everyone with her beauty, her innocent directness and straightforward desires. She is perpetually late, even on her rent, and she seems to run everywhere, running from one problem to another, but unconcerned about any of them. Impulsive Anais supposed to be completing a thesis on 17th century love but she is more focused on seeking true love for herself. In her quest, she flits from one affair to another until she hits on who she thinks is the one. There is something quintessentially French about this crazy rom com, with a plot as unfocused as its central character, yet it still charms and amuses us as much as Anais does the people around her.