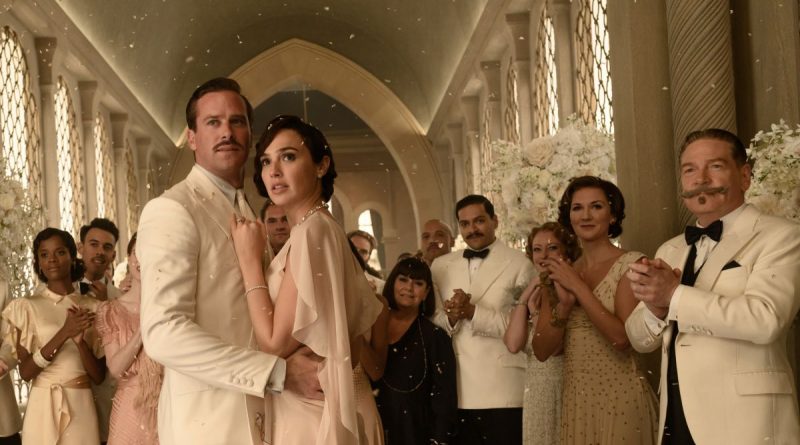 Set in 1937, a luxurious honeymoon riverboat cruise ends in murder in Kenneth Branagh’s new version of Death on the Nile, a follow-up to his “Murder on the Orient Express” (2017).

Unexpectedly joining them on the S.S. Karnak paddleboat steamer is Simon’s resentful ex, Jacqueline de Bellefort (Emma Mackey) , toting an ornate .22 caliber pistol in her purse, as they glide past the ancient pyramids of Giza and the colossal Pharaoh Ramses II statues at Abu Simbel.

On the Granger Gauge of 1 to 10, Death on the Nile is a caricatured, frenzied 5, streaming on Hulu, HBO Max and Disney+.