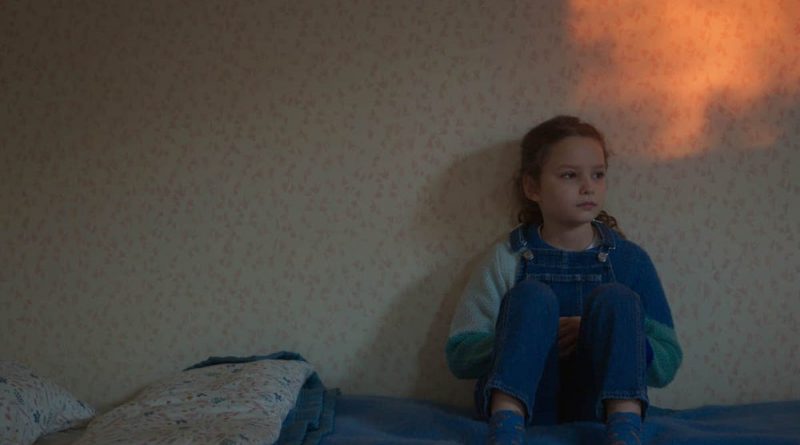 A few rare writer-directors calmly, enchantingly spark our imaginations to enter a unique what if realm of visual magic. Exactly such a captivating world invites our fanciful participation in Céline Sciamma’s Petite Maman, in which a unique mother-daughter relationship takes center stage. The straightforward setup establishes eight-year-old Nelly at her recently deceased grandmother’s house ready for her parents to shutter.

Layers of intergenerational bonds become clear through poignant emotional understatement. Soon her mother must leave, her father works emptying the house, and Nelly wanders into the nearby woods. There she encounters another girl, Marion, her age and a mirror image, assembling a kind of teepee shelter with branches braced against larger trees. It resembles a structure Nelly’s mother has described constructing herself in younger days. The two girls bond, work together, and share a multidimensional friendship.

Though Nelly’s mother has left, could Nelly have supernaturally entered her mother’s life when she was Nelly’s age? Quietly, slowly, events unfold that reveal a family’s emotional essence. At its Telluride premiere I attended and in press notes, Sciamma explained that the story emerges entirely from Nelly’s point of view, noting that children are “looking at their parents, wanting to understand them very badly, because they have a whole life before them. Their perspective is very active, very caring, and taking things very seriously.” This unusual attitude describes the mood and cinematic approach to every detail.

Sciamma further clarifies her inspiration for Petite Maman saying, “Our memories are part of our imagination . . . the viewer is the hero of the film, rather than the character being the hero of the film.” That creative shift adds an irresistible invitation to explore our own childhood impressions and recollections from a deeply personal mindset. Aiding in that, the twins Joséphine and Gabrielle Sanz both present an assured screen presence that encourages viewer immersion and emotional connection.

At a measured, perfect seventy-two minutes, Petite Maman suggests more about a child’s psychological environment than volumes of literature. It is haunting, insightful, and quite simply profound. In French with English subtitles.