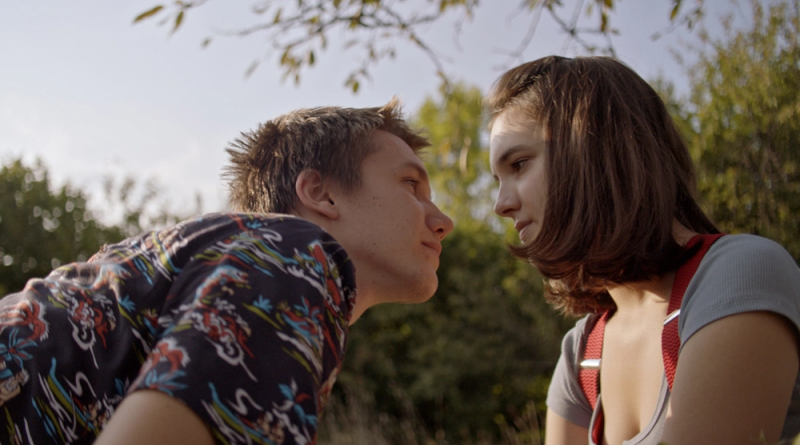 “This feels weird, like we’re characters in some fairy tale,” says Mona. “It’s more like the beginning of a horror movie,” Faruk counters. The thing is that Mona and Faruk, the central characters in director/screenwriter Igor Drljača’s story of fleeting love among the ruined, are both correct.

Old World tales from places like Sarajevo, where this film is set, are truly frightening—a kind of whistling in the dark against the dangers of living in an untamed, barely civilized world. Although modern Sarajevo no longer faces the natural terrors of the wilderness, the effects of the wars that broke Yugoslavia apart retain the power to taint the lives of new generations.

Faruk, played with off-kilter charm by Pavle Čemerkić, is a young man from the beat-up part of town whose only hope for a successful career is as a thief and procurer of prostitutes for a local crime boss (Ermin Bravo). At a shopping mall, he meets Mona (Sumeja Dardagan), a sensitive young woman whose prominent and well-to-do parents intend to ship her off to Canada. Faruk’s brash and crude attempt to pick her up seems destined to go nowhere, but she texts him, and the two begin to hang out.

Drljača unspools his story slowly, giving us time to get the lay of the land and see who these people are. Mona’s parents are careerist bureaucrats who are married in name only; there is a hard and unsettling edge to her life at home. An orphan, Faruk lives with his kind, sickly grandmother (Irena Mulamuhić) and works with an uncle (Jasmin Geljo) who tries to give him some structure and purpose, but really doesn’t have the means to do either.

Despite the differences in their economic and social circumstances, Faruk and Mona are both looking for understanding, “a feeling of belonging,” as Mona says. Their forays into the verdant hillsides overlooking the city and to the White Fortress, an old fort that uselessly stands guard over Sarajevo, provide a respite of sorts. The film’s ambiguous ending might belong in a fairy tale or a modern crime novel. The White Fortress offers a ray of hope to the Monas and Faruks who face an uncertain and possibly bleak future, but wisely confronts the realities they can’t afford to ignore.