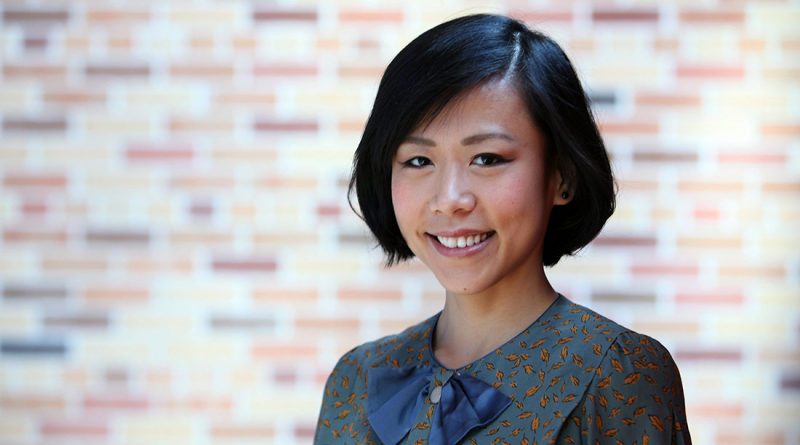 It has been an incredible decade for animator and director Domee Shi. Beginning as a story intern at Pixar in 2011, she was promoted in April of this year to Vice President of Creative for the company where she has spent her entire professional career. She also won an Academy Award and directed a feature film along the way.

Born in China in the late 1980s, Domee Shi moved with her parents to Canada when she was two years old. As an only child, Domee had a close relationship with both her mother and father. Of her father, Shi told SupChina in 2018, “He’s an artist himself, and I got into art and drawing because of watching him while growing up. As a kid, he would teach me a lot of stuff, like drawing and painting, and I owe a lot of my success to him.”

Growing up on a steady diet of Disney movies and anime, Shi got involved with the high school anime club and began to share her art online. One particular website set her onto the path she would follow into adulthood. She once explained in an interview for ThatShelf.com, “In the 11th grade I was on DeviantArt.com a lot, posting fan art of my favourite anime and Harry Potter. A lot of my favourite artists came from Sheridan College and that’s what motivated me to apply. Through Sheridan was how I realized I wanted to get into animation.”

In 2007, Domee enrolled in the animation program at Sheridan College, in the suburbs of Toronto. Midway through her studies at Sheridan, she took an internship with Chuck Gammage Animation Studio. In her second year, Shi signed up for a career-shaping class with Nancy Beiman, an internationally acclaimed director, character designer, teacher, and animator. Beiman would later refer to Shi as “one of my first, and best, students at Sheridan College.” And Shi credited Beiman’s class with introducing her to storyboarding. “I didn’t even know what it was before her class. I owe a lot to her.”

When Shi graduated in from Sheridan College in 2011, her newly discovered interest in and talent for storyboarding led to the internship at Pixar that would change her life.

Beginning a three-month internship in June of 2011, Shi had no idea about what that entry level position would lead to over the next decade. Instead, she was just focused on getting through an experience she described as “a lot of fun but it was the hardest thing I’ve ever done in my life.” Much different from her college coursework, the internship was something of a boot camp for aspiring storyboard artists. Shi explains, “We had assignments every week that we had to finish within the week and pitch them to a whole entire room. Pitching was the most terrifying thing for me at the time.”

After completing the Pixar internship program, Shi accepted a job as a storyboard artist and was immediately assigned to go to work on the Pixar feature film Inside Out. She also worked on Pixar’s The Good Dinosaur and Toy Story 4.

Her career path took another turn in 2015 when she started working with Brad Bird on Incredibles 2. She was thrilled at the chance to work with director Brad Bird, once telling the National Post, “He’s been like an animation hero of mine.”

During the production of Incredibles 2, Shi began working on a side project of her own, an animated short film inspired by her own childhood, and by her mother, and life in her Chinese-Canadian community. Receiving the green light for the short in 2015, Shi partnered with producer Becky Neiman-Cobb, and went to work on Bao, an eight-minute film about a lonely woman who, in similar fashion to The Gingerbread Man, crafts a steamed dumpling that bounces to life, grows up, and eventually breaks his mother dumpling’s heart by wanting to leave home.

In her Oscar acceptance speech, a delighted Shi said, “To all the nerdy girls out there who hide behind their sketch books, don’t be afraid to tell your stories to the world.”

Shortly before Bao was released to the world, Pixar announced that something even bigger from Shi was in the works. Shi would be directing an animated feature length film. Ever the trailblazer, Shi would be the first woman to direct a Pixar feature film all on her own.

That film was Turning Red, whch she also co-wrote with Julie Cho and Sarah Streicher. Just as Bao had been inspired by her upbringing, Shi’s first feature film would also bear a strong resemblance to the places and people she knew intimately from her own younger years. Turning Red tells the story of Meilin (voiced by Rosalie Chiang), a boy crazy Toronto middle schooler whose life turns upside down when she wakes up to discover she has inherited an inconvenient family trait: turning into a giant red panda when she experiences strong emotions. Which, for a teenage girl, is always.

Turning Red is, of course, an obvious — though brilliant — metaphor for female puberty. The film and its theme is yet another groundbreaking project for a studio that has always been committed to exploring new stories and new ways of telling them. Still, giving a $175 million budget to a first time female director and letting her make an animated movie about a young girl’s first menstrual periods was a bold choice, and one that was long overdue.

Shortly before its release earlier this year, Shi shared her experience of pitching Turning Red in an interview with the New York Times. “How do I sneak this through?” Shi recalled thinking before one pitch meeting with senior Walt Disney Studios executives. “How do I sell this and get old white men who’ve never experienced this before excited about this and wanting to, like, see more of it?” And according to a recent interview with Boston’s WBUR, “the animation studio was drawn to Shi’s magical puberty idea because it made everyone cringe.”

Though originally scheduled for a theatrical release, as the pandemic raged on, Disney ultimately decided to shift the film directly to the Disney+ streaming service in March, where it became their number one film debut since the service launched in 2019.

Just a few weeks later, the studio announced that Shi would be promoted to Vice President of Creative at Pixar, joining Andrew Stanton, Peter Sohn, and Dan Scanlon as part of Pixar’s BrainTrust. Needless to say, Shi is the first female to make her way into that elite and gatekeeping circle. Domee Shi’s journey from intern to vice president may have been fast, but she is a woman on a mission. Through words and actions, Shi is actively encouraging women and girls to pursue their passions, and she enthusiastically champions women working in media. In March, she told Vanity Fair’s Nancy Yuen, “I’m really excited about the new filmmakers coming out of Pixar: all of the new women, the new women of color. I really hope that with this movie it can just make it a little bit easier for filmmakers…to be able to tell their stories and have their voices heard as well.” There is no doubt Shi’s hope will extend far beyond her own first feature film as she helps foster emerging voices and a new generation of storytellers. — Karen Peterson