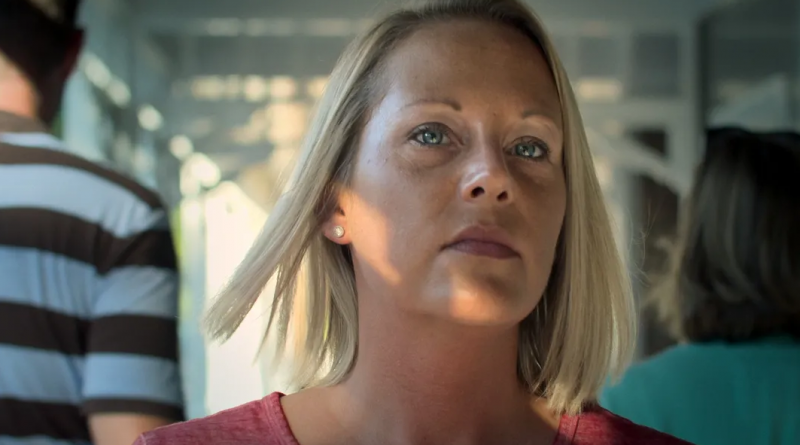 Our Father is a jarring “fact is stranger than fiction” documentary showing that some doctors play God inside their offices.

Nazi Germany had Dr. Mengele, and Indiana had Dr. Donald Cline, not as evil as Mengele, but he was a corrupt genetic technician like the Nazi. He experimentally used his sperm to impregnate unsuspecting women looking for fertility and conception. A lot of women.

The film gives a platform for the doctor’s now adult progeny to tell their stories of discovery and their process of reconciliation and acceptance in the documentary film Our Father, premiering on Netflix on May 11.

Did Cline mean well, based on his warped religiosity? Was he trying to create his vision of a master race? Was he addicted to porn and the endocrine high of orgasm as he conveniently masturbated during his visits with each patient? His modus operandi was prepping a syringe with his freshly produced sperm while a woman waited in the exam room, ready to try for a child. Trust and truth, hallmarks of the medical profession, were assumed virtues that were not in the cards for these women who had no idea what was happening. Little did these women know they became pregnant in this bizarre unethical manner that Dr. Cline implemented, providing all the ejaculate for so many women daily. All was hush-hush until Cline’s secret was exposed when DNA testing became available to the public. Dr. Cline’s offspring had little trouble discovering who was the common denominator who connected a legion of siblings far and wide. They quickly determined the identity of the father none of them had known.

Understanding how Cline could get away with this flagrant malpractice was an essential factor in the times that all of this happened. In the 1970s, there were hundreds of doctors performing donor insemination. Still, the practice was in its nascent stages, and most, if not all, operated in secrecy, with doctors advising patients not to tell their children. As a result, the 1970s had few official paper trails that connected the actual sperm donor to their child.

Cline masturbated in his offices and used his issue to impregnate his patients until the early 1980s before he could have ever have imagined that such a thing as mail-in DNA tests and internet genealogy sites would idtentify his offspring to each other and connect all of them to himself. Cline’s hubris and lack of future vision emboldened him. He thought no one would ever find out.

One of his children, Jacoba Ballard, never felt like she belonged in her family. She was blonde and blue-eyed like so many of Cline’s offspring. She did not resemble any of her siblings. Then she found out she had seven siblings out there, scattered around the country. And that number grew exponentially as she continued to research her roots. As people residing nationwide consulted ancestry.com and 23andme.com, they realized that they were members of an army of half-siblings connected by paternal lineage. Some sleuthing with connected DNA relatives leads people like Jacoba directly to Donald Cline’s doorstep. The film allows Ballard and several Cline siblings to unspool their moments of clarity and even their tales of harassment and insidious threats when they go to the media to reveal all of Cline’s malfeasance.

In 1963, he had killed a small child in a car accident and never faced charges. Some interviewed in the film posit that this ignited his fervent religious views and might have been a catalyst for creating so many lives to atone for the one he carelessly took.

“How long did he do it, and how many siblings do we have,” asks Jacoba, who immediately filed a complaint with the Indiana Attorney General’s office.

The film is a hindsight exercise for all the people connected by the careless behavior of their shared father as they piece together the reasons. First, their dad got a $500 fine, probation, and retired in 2009. Then in 2017, Cline was finally convicted on two felony counts for obstruction and given a one-year suspended prison sentence. He is the known father of at least 50 people, born in the late 1970s and 1980s.

Towards the end of the film, two siblings connect. One sibling #48, Jason Hyatt, asks, “Why? Why did you need to do this? To further your career? I feel like he’s hiding something more sinister.” Jason and Jacoba start diving deeper into the whys in their shared process of healing their shock and trauma. Ballard realizes their father might be part of some sick, racially motivated, twisted society like Quiverfull, where Cline’s favorite bible verse, Jeremiah 1:5, “Before I formed you in the womb I knew you,” is their guiding ethos as well.

The most chilling aspect of Our Father is precisely this hidden agenda his adult children discover that Cline actively lived by to fulfill his devotion to a Christian patriarchal cult that, to no one’s shock, is growing again in popularity given the political morass we currently live in, under his eye.