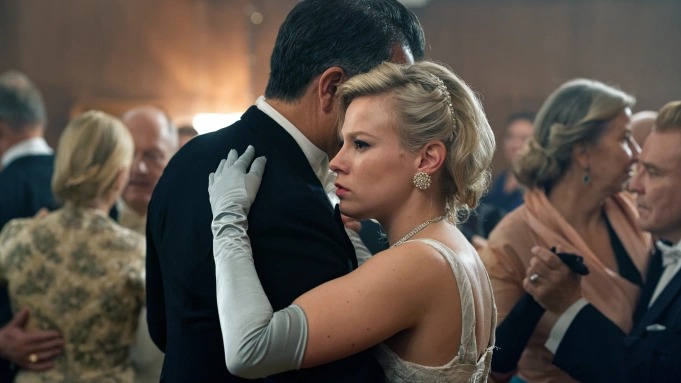 Drawn to cloak-and-dagger intrigue, I gravitated to Amazon Prime’s Shadow Lines. Based on historical records, it dramatizes a complicated, multilayered series of events in 1956, as Urho Kaleva Kekkonen becomes Finland’s President. A flash point for the Cold War, Finland must struggle and surreptitiously fight to maintain its neutrality as Russia infringes on its fragile, threatened independence.

Situated at a physical and philosophical crossroads, the Finnish secret task force called Fist must outmaneuver the Russians, an intrusive CIA agent, a mole in its own ranks, and the precarious state of a military base straddling the Finnish/Russian border. Multiple plot lines develop in this enormously complicated 1950s intrigue replete with divided loyalties. Add to that the central protagonist Helena determined to uncover the lies about her past, lies possibly perpetrated by one of her closest agents and friends.

Overlapping, and I must add occasionally confusing elements collide: the Fist’s mission, Finland’s presidential election, CIA meddling, personal trauma, and an intelligence network justifiably suspicious of friend and foe alike. It’s no exaggeration to say that Finland’s democratic status hangs in the balance within a 1950s confrontation that will involve assassination attempts, murders, and a tactical army operation involving nuclear missiles: all based on real events.

A fascinating diversity of actors largely unknown in U.S. circles deliver suspenseful, implosive performances. These men and women aren’t the handsome, beautiful individuals so often cast in our films. They look and act like real people who could have participated in these grave events. The other technical details—cinematography, editing, art direction, and script—deliver equally superior essentials.

This series adds an important chapter to our knowledge of Russian and Finnish history. With more overtones than feel comfortable right now, Shadow Lines echoes across the decades with contemporary geopolitical issues. In Finnish and Russian with English subtitles, the two seasons of eighteen total episodes of Shadow Lines streams now on Amazon Prime.