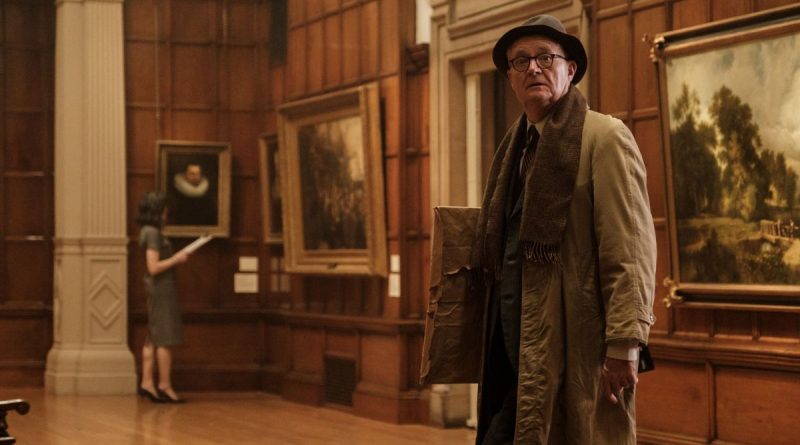 The Duke amuses with a real-life theft from the British National Gallery.

In the list of real life contributing a tale more fantastic than invented ones, Kempton Bunton’s sits high up there, beginning with that atypical, perfect name. This sixty-year-old, cantankerous, occasional taxi driver in 1960s Newcastle (northeast England) repeatedly and, it must be noted, conscientiously protested discriminatory and, in his estimation, inequitable practices. And then his piece de resistance occurred.

As The Duke submits, on March 21, 1962, Bunton stole Francisco de Goya’s 1812 Duke of Wellington portrait from England’s illustrious National Gallery, the only theft to this day from there. So stunning an event, the police concluded that a “highly professional, international criminal gang,” in fact, a “trained commando” coordinated the heist. Nope, just, it seems, a failed, would-be playwright infuriated that British pensioners and war veterans had to pay BBC television licensing fees as the government shelled out 140,000 pounds for a painting that, as Bunton observes, “is not very good, is it?”

This brief context, quickly establishing the fabulous, climactic court confrontation, introduces the events told in flashback. But my summary doesn’t begin to express the delightful presentation by director Roger Michell in what is, sadly, his final film. At Telluride’s premiere, I had the pleasure of listening to Michell and Helen Mirren, who superbly embodies Bunton’s working class, frumpy wife Dorothy, called Dolly. Both noted that few today knew the scandalous story even though, as Mirren said, she grew up at the time.

Fionn Whitehead as Kemptons’ younger teenage son Jackie and Matthew Goode as Kempton’s lawyer deliver excellent performances, both given important scenes that they masterfully deliver. But the film belongs to Mirren and Jim Broadbent as the irascible, exasperating Kempton Bunton committed to fighting social injustice where he finds it, which is almost everywhere, including at his bakery plant job. Above all, Dolly and Kempton’s exchanges add true-to-life sparkle. Kristina Hetherington’s editing is inventive, George Fenton’s music has energy, and Mike Eley’s cinematography adds the period ambiance and droll humor of 1950s Ealing comedies. The Duke is a lark.