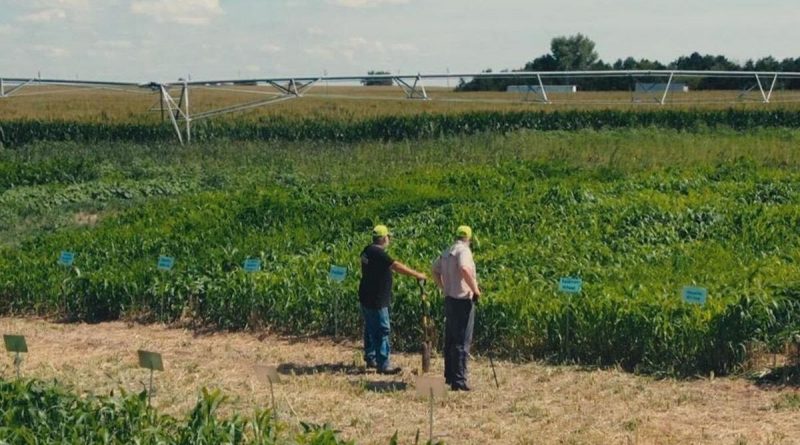 Reviews
May 5, 2022May 7, 2022 Susan Wloszczyna documemtaries, Lindsay Richardson, motw, Movie of the Week, Pamela Tanner Boll, To Which We Belong
0 Flares 0 Flares ×

Way back in 2006, former Vice President Al Gore alerted the general public to the topic of climate change and the harm it could do to our planet in his Oscar-winning documentary An Inconvenient Truth. Now, more than a decade later, filmmakers Pamela Tanner Boll and Lindsay Richardson’s uplifting new doc To Which We Belong looks at the healthy benefits of holistic farming that allows livestock, crops and groundcover integrated by wise management to work together to stop carbon emissions from befouling the ecosystem.

Featured on screen are nine farms, ranging in location from Montana, Connecticut, and Colorado to Kenya and Chihuahua, Mexico, all of which were depleted of nutrients by the practice of only growing a single type of crop over and over again. By diversifying crops and leaving years of industrialized agriculture behind, a new heathier environment for native plants is possible. These farmers, fishermen and ranchers want to work hand and hand with Mother Nature, not against her best interests – as well as ours as human beings.

Instead of keeping farm animals locked up in pens, they are allowed to roam free in the fields, where they feast on nutritious wild plants and drop their own dung to better enrich the soil. Such practices lead to better health for all involved – humans, livestock, and natives and the environment. Basically, industrialized farming practices are old news that’s bad news.

It doesn’t hurt that the doc features some dazzling landscapes, including the coast of Connecticut near the ocean and the mountains of Montana and Colorado. If more livestock owners chose this way to make a living, it would mean that drawing down carbon from the sky to allow it to seep into the soil and enrich it – a win-win for the whole universe.