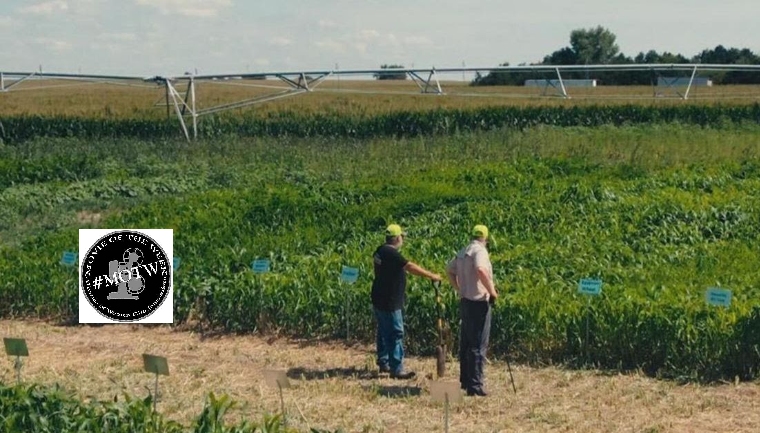 An optimistic documentary about climate change? Yes, such a thing exists (even in 2022), and it’s called To Which We Belong. As they explore the seemingly vast potential upside of holistic land management — speaking to farmers, ranchers, and even seaweed harvesters around the world — filmmakers Pamela Tanner Boll and Lindsay Richardson present a picture of hopeful, attainable change for a planet in dire need of exactly that. For too long, the film argues, we’ve let industrialized agriculture run rampant, focusing on volume over sustainable strategy, scale over smart resource deployment. As Mexican rancher Alejandro Carrillo says, “We’ve been spending so many years fighting nature with really no results.” In other words, in our determination to impose our will on fields, plants, soil, and animals — instead of following their lead — humans have painted ourselves into a perilous corner, and even the biggest, fanciest farm equipment can’t save us or the Earth from the consequences of our arrogance.

So what can? Reframing the way we look at farming and agriculture and taking a step back to remember techniques that worked in the days before power combines and vast, single-crop planting became the norm. To Which We Belong shares examples of specific, actionable techniques that could be put into practice almost immediately to help with everything from restoring grasslands (graze large herds of cattle in a single mass, rotating locations in a planned pattern) to cutting methane emissions (add seaweed to cows’ feed). Experts explain what healthy soil looks like, offer stories of both moral and financial success, and go so far as to claim that cows might actually save the world.

It’s hard not to be a little skeptical of that last one, but it’s also hard not to find yourself hoping really hard that it — and all of the other examples and arguments Tanner Boll and Richardson present in the film — is accurate. Because with news about the impact of climate change getting grimmer by the day, it’s really, really encouraging to hear that significant, scalable change might not be very far out of reach. We’re ready for you to save us, cows! — Betsy Bozdech

Leslie Combemale Have you ever seen dirt that looks like chocolate cake? Probably not, because much of the soil has been decimated over the last 100 years, and that, To Which We Belong, carefully explains, is partly responsible for droughts, fires, and escalating climate change. I learned a lot watching this documentary. Gratefully, the filmmakers don’t use preaching or dire warnings, but rather profile those at the forefront of creating change. These folks show how diverse crop rotation, holistic ranching, and regenerative farming both on land and at sea can save our planet. It is an extremely optimistic and hopeful film full of experts and real people collaborating across the world. I know critics say this all the time, but this film really is a must-see.

Nell Minow: Humans have spent millennia trying to teach the land by controlling it. This lovely film shows us that it is we who must learn from the land, and from the wise people who understand that everything is connected. What nourishes the soil nourishes the plants, animals, and the environment. Gently told but with immense power.

Susan Wloszczyna: Way back in 2006, former Vice President Al Gore alerted the general public to the topic of climate change and the harm it could do to our planet in his Oscar-winning documentary An Inconvenient Truth. Now, more than a decade later, filmmakers Pamela Tanner Boll and Lindsay Richardson’s uplifting new doc To Which We Belong looks at the healthy benefits of holistic farming that allows livestock, crops and groundcover integrated by wise management to work together to stop carbon emissions from befouling the ecosystem. Read full review.

Loren King Artist and activist Pamela Tanner Boll has produced a number of compelling films dedicated to women’s issues, from the Oscar-winning documentary Born Into Brothels to the feminist history She’s Beautiful When She’s Angry and many more. She’s also directed films such as A Small Good Thing that offer a blueprint for ways to live more consciously. In that same mold is To Which We Belong, an environmental documentary that follows various farmers, ranchers and ocean farmers, many of them women, who’ve left behind conventional farming practices for regenerative agriculture. These innovators deliver personal, convincing evidence that that such common sense practices not only improve the soil, which all experts agree is essential, and reduce carbon levels but yield healthier, organic food and more profitable crops. It’s an engaging film that makes what can seem an unwieldy problem very simple — and offers hope for a better way of producing what we eat that can also heal the planet.

Jennifer Merin To Which We Belong is an informative and encouraging advocacy documentary from filmmakers Pamela Tanner Boll and Lindsay Richardson. The subject is climate change, and the fundamental message is that we humans can actually manage the use of our land to protect our planet from its demise and, ultimately, our own. As illustrated in the film, what is most immediately needed is restoration of healthy soil. which is not all that difficult to accomplish. Read full review

Pam Grady: Climate change threatens the future of life on the planet but with precious little progress from world governments that sign agreements and pay lip service to combating it and hidebound corporations reluctant to change their ways, the situation often seems hopeless. Countering that is this exhilarating documentary that focuses on ranchers, farmers (of both land and sea varieties), seed purveyors, water conservationists, and others, all involved in turning their enterprises into engines to mitigate the CO2 emissions that are sending temperatures soaring and destroying Mother Earth. Pamela Tanner Boll and Lindsay Richardson’s film is an effective primer as their subjects eloquently explain their processes and the difference their efforts are making in ensuring a future for this planet. There is an emphasis on the beauty of nature and the stakes on the line in the children of the people in the documentary and the animals – both domestic and wild – that make their home on their property. Governments might be helpless in the face of the fight for our very existence, but To Which We Belong Demonstrates that individuals are crafty, creative, and more than up for the challenge.

Sandie Angulo Chen: To Which We Belong is an optimistic documentary about the healing possibilities of sustainable practices that center on soil, carbon sequestering, and regenerative farming. Directors Pamela Tanner Boll and Lindsay Richardson focus on the ways that farmers around the country and world are making a difference, consulting with environmentalists, and doing what’s necessary to give back to the soil. While the film could’ve easily chronicled the journeys of any one of the interview subjects, its array of global conservation-minded farmers is inspiring and an important call to action to invest in local regenerative farmers.

Cate Marquis No one knows more about the importance of good soil to raising nutritious food, nor has as much love and knowledge of soil, as farmers. But healthy soil also stores carbon, restores the water cycle to balance and combats the loss of arable land to desertification, as we learn in the informative, hopeful documentary To Which We Belong, where farmers and ranchers from around the world discuss their own switch to sustainable agricultural practices, and how they benefited from it. Taking a global perspective, directors Pamela Tanner Boll and Lindsay Richardson present a down-to-earth and encouraging look at a practice that is something anyone can do, that not only restores the land but benefits the planet. Cows properly pastured on grass and no-till planting, can be part of the solution, along with moving away from carbon-based energy, in addressing climate change.

Title: To Which We Belong