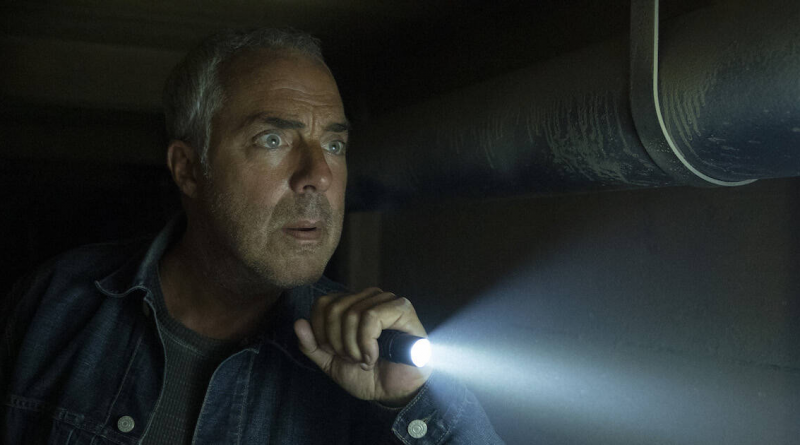 For all of us Hieronymus “Harry” Bosch lovers, season one of Bosch: Legacy continues to reveal the complexity of this fascinating character who straddles and expresses conflicting emotional worlds. At the end of Bosch season seven, Harry has left his job as an LA homicide detective and now pays the bills by working as a private investigator.

As usual in the Bosch series, several subplots intertwine. There’s wealthy Whitney Vance, close to death, who hires Bosch to investigate his past and assist deciding his legacy. Lawyer Honey Chandler returns, still living in the home where she was shot last season and intent on learning more about the man responsible, Carl Rogers. In other developments, daughter Maddie has graduated from the Police Academy and serves the force as a green ‘boot’ (slang for a rookie) who will make several costly mistakes. Add in the mysterious murder of a doctor caring for the homeless, a serial rapist, and cameos from the beloved Bosch series’ regulars.

As always, Michael Connelly’s savvy, absorbing work provides the source material, this time his 2016 novel The Wrong Side of Goodbye. But, as we fans know, it’s the actors who bring us back as they deliver complicated characters through their nuanced performances, both verbal and nonverbal. Titus Welliver heads the ensemble, that contradictory, riveting coiled spring, as unforgiving of greedy, cruel lawbreakers as he is loving, albeit often restrained, with daughter Maddie. She, played by Madison Lintz, has grown into her own blended toughness with a soft, responsive center. Her scenes, sprinkled throughout the episodes, highlight a personal, moral sensitivity often missing from crime dramas.

I’m ready to revisit all this as soon as possible. Bosch: Legacy streams on Amazon’s ad-supported service Freevee.