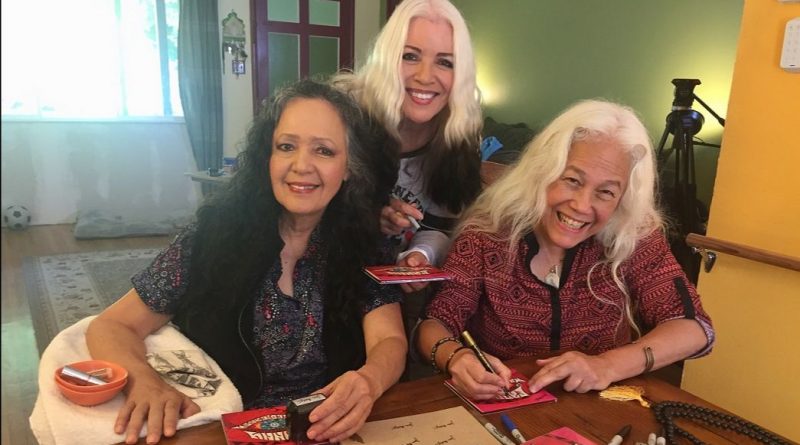 Sexism, racism, and rock & roll, Fanny: The Right To Rock is the story of how two Filipina American sisters started Fanny, the legendary rock group you may have never heard of until now. Jean and June Millington used to gather a crowd in their California backyard. After they decided to put together a band comprised of extraordinarily fearless and talented female musicians, the road to Fanny began.

After getting signed, Fanny moved into a house to live and, more importantly, make music. The rock history that went in and out of their “Fanny Hill” home in L. A. is astonishing; Bonnie Raitt, Joe Cocker, and Little Feat, to name a few. The freedom to express your sexuality, bed hop, do drugs, and make damn good music ruled that house. Unconscious healing that occurred through the safety inside Fanny Hill comes through the voices of all that crossed the threshold.

Experiencing Fanny’s songs for the first time, I immediately recognized the impact made on so many other artists. So how is Fanny not in my musical catalog? Jean, June, Alice, Brie, Patti, Cam, and Nickey were trailblazers who worked three times as hard as men and cranked out thought-provoking lyrics ahead of the times. Fanny was a feminist rock group with sharp wit and zero fear. The documentary utilizes sit-down interviews, studio sessions past and present, and live performances on stage and on television. The archival photography from Linda Wolf is extraordinary.

Fanny broke up due to a deadly combination of things; misogyny, societal times, no one big bop to make money, and having a studio that pushed them to their limits. As members came and went throughout the years, the sound morphed but always retained that iconic grit.

In 1975, they said goodbye to their rock days to pursue motherhood and personal musical pursuits. In 1999, David Bowie (whom June briefly dated) made a statement mentioning the band by name. This capsule appeared in Rolling Stone Magazine, thus sparking the ladies and their former producers to write a brand new album, Fanny Walked The Earth.

Bobbi Jo Hart’s doc comes at the perfect time in the band’s history and ours. It shines a light on their industry impact, from the importance of their Filipina culture to their mold-breaking lyrics and energy. Watching Fanny proves that great rock and roll lives forever. Get ready for their new single When We Need Her to be the anthem we need right now.