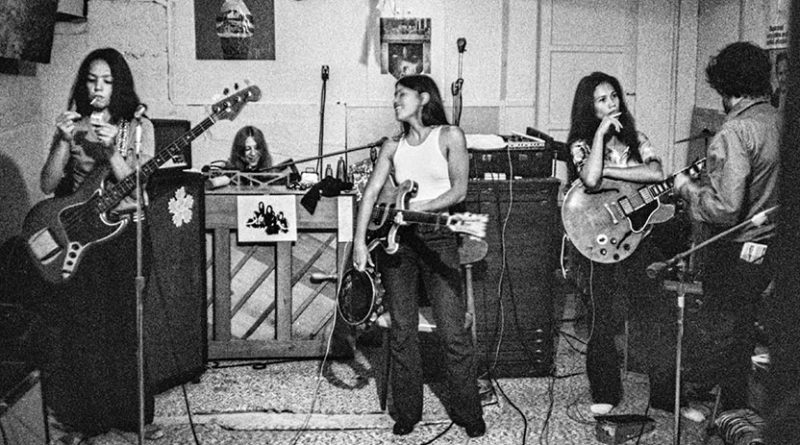 Not only is Bobbi Jo Hart’s documentary Fanny: The Right to Rock an entertaining eye opener about the seminal, ceiling-cracking all-women band, it’s up-to-the-moment contemporary history about how these rock and roll women are still setting a living example and influencing new generations of women musicians.

Packed with extraordinary concert footage, interviews and amazing music, Fanny: The Right to Rock will astound anyone who didn’t know or who has forgotten what it meant for an all-women band to break out in the early 1970s. Guitarists June Millington and her sister Jean Millington, joined by friend and drummer Brie Darling and calling themselves The Svelts began getting gigs while still in high school in Sacramento in the 1960s. All three are of Filipino heritage, with stories of cruel ostracism as kids and teenagers. This likely contributed to the freedom and satisfaction they experienced as self-taught musicians, songwriters and charismatic performers.

After a showcase at LA’s famed Troubadour, the group signed with famed producer Richard Perry, added drummer Alice de Buhr and keyboardist Nickey Barclay, and renamed themselves Fanny. The film charts their rise on the rock scene and the respect that the band earned from fellow musicians. David Bowie was a huge fan, and Bonnie Raitt recalls the joy of jamming at their communal LA house called Fanny Hill, which became the title of one of the group’s albums.

Many, especially women musicians like Raitt and Cherie Currie of The Runaways, suggest that Fanny was ahead of its time. The world is barely ready now for kick ass women musicians; in the early 1970s Fanny, despite their serious rock and roll chops, could not shake the “all girl band” label and the constant scrutiny of gender and sexuality that male musicians never faced. The film traces the familiar travails of the rock and roll life: the constant touring, infighting, creative differences, and physical and emotional exhaustion that all contributed to Fanny’s eventual break-up.

But the story refreshingly doesn’t end there. We see the work that June Millington does as co-founder and artistic director of the Institute for the Musical Arts (IMA) in Massachusetts especially nurturing young girls to create music and sing. The film follows Jean’s struggles to bounce back from a stroke, alongside the reunion of the Millington sisters and their longtime friend Brie as they record and release a new CD aptly titled Fanny Walked the Earth. These legends are still living lives with the volume turned up loud.