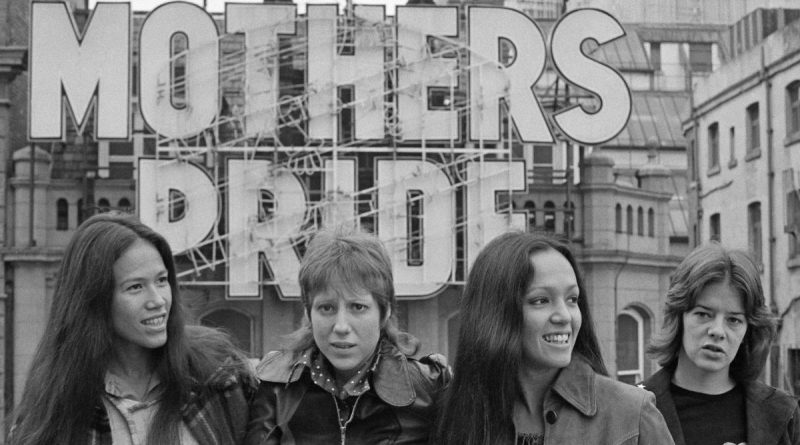 “One of the most important bands in American rock has been buried without a trace.” – David Bowie’s take on the all-female band Fanny and he is just one of their celebrity admirers.

There was a time when girl groups like the Ronettes, the Crystals and the Supremes would simply sing, prance and dance while providing eye candy on stage. But everything changed in 1969, when two sisters of Filipina descent, ended up living in Los Angeles and forming a backyard rock band. Lead guitarist June Millington and her bass-playing sibling, Jean, decided to upset the norm, as they strapped on their axes and beat male rock bands at their own game. Top-notch producer Richard Perry would sign them up to his Reprise Records label.

I barely recall Fanny as a band, but I do remember at least one of their early catchy songs — Charity Ball, which reached the top 40 on the Billboard’s hot 100 in 1970. But thanks to documentary filmmaker Bobbi Jo Hart’s Fanny: The Right to Rock, I got flashbacks of what this influential and ground-breaking ensemble – whose other members included such admired musicians as drummer and vocalist Alice de Buhr, keyboardist Nickey Barclay, guitarist Patti Quatro (sister of Suzi Quarto) drummer Brie Brandt and drummer Cam Davis that led the way for other all-female bands, such as The Runways, the Go-Go’s and the Bangles. Male acts would eagerly recruited Fanny’s members as session players, that’s how good they were.

We witness the usual tour high jinx – sex, drugs, and, of course, rock and roll. But these women were just as good if not better than any male band at the time. Other artists singing their praises include Bonnie Raitt, who for a time shared the band’s digs. There are also testimonials from the likes of Joe Elliot, the lead singer from Def Leppard, Cherie Currie from The Runaways, John Sebastian from the Lovin’ Spoonful, Kate Pierson from the B-52s and guitarist Jeff “Skunk” Baxter from Steely Dan and the Doobie Brothers.

As for Bowie, consider him a kind of super fan. He and June were an item for a time and she wrote a song inspired by him, Butter Ball, which became Fanny’s best-selling single. As for Jean, she was briefly married to Bowie’s guitar player Earl Slick, who also shares his two cents about how revolutionary Fanny was.

Now in their early 70s, June and Jean are making music again despite the fact that Jean suffered a stroke just when they released their new album, Fanny Walked the Earth. While their signature long dark hair is now coated with gray, these women are ensuring that their legacy will follow them as they create new music for the 21st century.