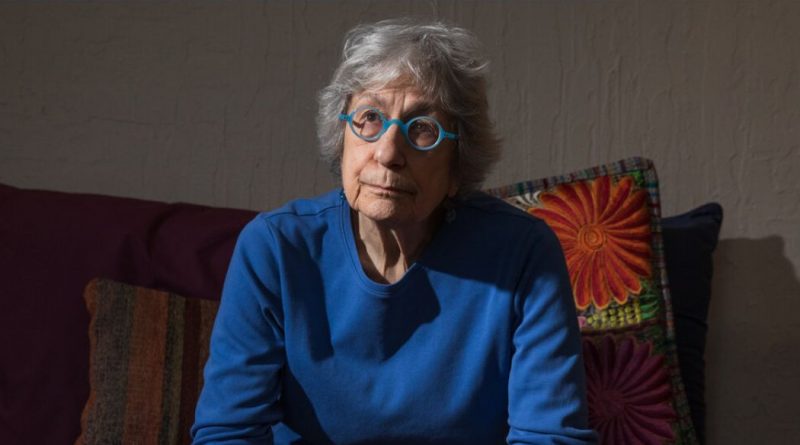 Co-directors Tia Lessin and Emma Pildes remind viewers of the importance of knowing our collective history in their timely new documentary The Janes. The film profiles the Jane Collective, a fearless, radical group of underground activists that believed in reproductive freedom, and came together to aid women of the pre-Roe V. Wade era in getting safe abortions. It is a comprehensive look at a group officially known as the Abortion Counseling Service of Women’s Liberation. Between 1968 and 1973, they were able to make 11,000 safe abortions happen, when, without them, long term negative consequences or death was a distinct possibility for those who sought to end their pregnancies, beginning their work at a time when hospitals still had a dedicated septic abortion ward.

In telling the story of The Janes, Lessin and Pildes use footage of the time and talking head-style interviews from members of The Jane Collective, including founder Heather Booth, and a number of other dedicated members that stand in for the thousands of volunteers who were a part of their history. The largely individually-focused interviews allow for honest, straightforward retelling of how it all went down. Judith Arcana, Rev. Patricia Novick-Raby, Rev. Dr. Donna Schaper and other members, including those using pseudonyms or going by just their first names, share stories about their experience building the network from the ground up, at a time when most other activism was very male-centric, and women were often silenced or ignored, or even excluded altogether. Instead, they found a calling in giving women bodily autonomy and choice. Arcana declares, “We were radicalized in the arena of women’s bodies.” Schaper, who felt a spiritual pull to help these women in need, explains, “To exclude women from ethical agency excludes us from humanity, and it turns us into powerless sinners against our own selves.”

Illegal abortion, and the dangers associated with it, was often an issue of economics and race. Though there have never been official, accepted statistics on the number of deaths per year from illegal abortions, it is known that women who died as a result of illegal abortions were far more likely to be Black, having been self-induced in their own community. Gratefully, that is covered well in The Janes. Several Black members, including Marie Leaner, talk about the fact that volunteers were overwhelmingly white and middle class. Leaner said joined because she felt being part of The Jane Collective was a radical act of social justice. Leaner, one of the few Black women in the group, was raised Roman Catholic, and ran a program for teen moms. She saw how damaging the lack of access to abortion was and joined the collective, offering her apartment for the procedures.

As an indication that the filmmakers are aware of the complex nature of the subject, there is a cross section of those interviewed that is admirably non-judgmental. For instance, one abortionist named ‘Mike’, who was not a doctor, performed abortions largely because it was financially advantageous for him. He speaks plainly, saying, “I thought abortions were like mink coats. Lots of people wanted them, but only rich people could afford them.” When the Chicago mob was clear they wanted him to join their ranks, he moved on. Before doing so, he taught the female Jane Collective members how to do the procedure. This allowed The Janes to offer services to many more women with less financial means. Also sharing his perspective is a former homicide detective who was instrumental in the raid that led to the arrest and trial of seven members of the collective. He explains the overwhelmingly male police department, much like in the court system, was largely made up of staunchly anti-abortion Roman Catholics. It is amusing if ironic that among those mentioned the filmmakers include a woman aided in getting an abortion who worked in the Chicago police department.

Part of The Janes relates the arrest, attempted prosecution, and release of seven Jane members. They were in great hands with Joanne Wolfson, a brilliant defense attorney who had previously defended the Black Panthers. That tale, in itself, would make for a great documentary or narrative movie.

Lissen and Pildes are openly pro-choice, but were, with The Janes, most interested in telling the story of these heroic and historic female activists. They really just want, at a moment crucial to the future of bodily autonomy for women, to engage people in conversation. Explains Lessin, “I think at this time we need some hope, and there’s something very hopeful about what they did in community together.”

EDITOR’S NOTE: This review was originally published on Jan 25, 2022, when The Janes premiered at Sundance Film Festival 2022.