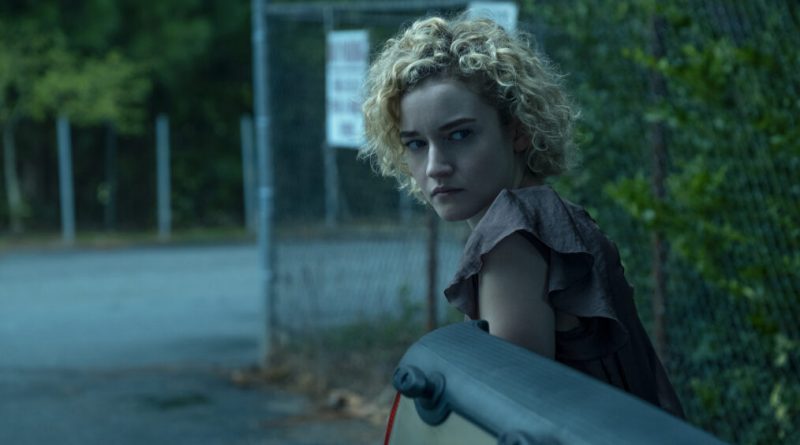 The murder and mayhem that characterized the poplar Netflix series Ozark has come to an end – as season four concludes the Bryde family’s compelling crime drama. So it’s a perfect time to binge-watch.

After moving from Chicago to a lakefront house in the Ozarks, Marty (Jason Bateman) and Wendy (Laura Linney) Bryde, along with their adolescent offspring – Jonah (Skylar Gaertner) and Charlotte (Sofia Hublitz) – pursue lives of corruption and crime.

On the lam from the law for white-collar money-laundering, Marty is the financial brains of the operation, while charming, cold-blooded Wendy is the cunning, if impulsive strategist.

When Marty catches scrappy, foul-mouth’d Ruth Langmore (Julia Garner) stealing from him, he promptly hires her to work at his side. She’s insecure and ambitious, so their tenacious relationship puts the Brydes in direct conflict with Ruth’s small-time criminal family who live in nearby trailers.

Then there are the Snells. Steely Darlene Snell (Lisa Emery) and her hapless husband operate an opium poppy farm which puts these feisty hillbillies at constant odds with local drug dealers.

Calmly compelling Omar Navarro (Felix Solis) heads the Mexican cartel with which Marty and Wendy have partnered; his ambitious nephew Javier (Alfonso Herrera) is too short-tempered for his own good. And their cutthroat lawyer, Helen Pierce (Janet McTeer), is a force to be reckoned with.

Created by Bill Dubuque and Mark Williams with showrunner Chris Mundy, the fast-paced series is set in Missouri’s Lake of the Ozarks; however, to take advantage of Georgia’s tax breaks, most of the production has been short in and around Atlanta. Why not? “Money doesn’t know where it came from.”

On the Granger Gauge, Ozark is a enthralling 8, concluding with a shocking twist. Streaming on Netflix.