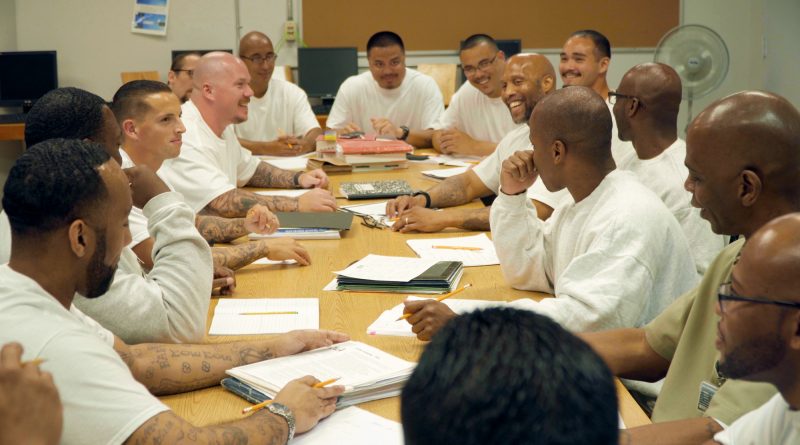 Filmmaker Gilda Sheppard’s very sobering and sometimes heartbreaking documentary, Since I Been Down, is about the criminal justice system in the United States, particularly as it raises awareness about the lasting impact of three-strikes laws that have mandated life-without-parole sentences for juveniles who’ve been convicted of crimes three times.

The harsh three strikes laws, passed as our nation-wide fearful response to an escalation of drug-related crime and gang activity during the 1970s, 80s and 90s, has incarcerated children for life. Thirty years after they were locked up, the convicted kids who are now adults remain Locked up without any access to a key that will open door of the cell that’s holding them. There’s no path, no possibility for their redemption and return to society, no recognition of their rehabilitation through education, imposed discipline, and the heard-earned wisdom they’ve gained with maturity.

Some of them were actually arrested for three relatively minor infractions, some of which are no longer even considered to be crimes.

Set in Tacoma, Washington, Since I Been Down focuses on Kimonti Carter who was a teenager when he was sentenced to life without parole under Washington State’s 1993 three strikes law. Kimonti’s story is typical. He was raised in a poverty stricken community that was decimated by drugs, dominated by thugs, a hood where fear prevailed and civic services were severely lacking. Kimonti was as good a kid as he could be given that his childhood relationships and environment did not prepare him in the least bit to be a ‘good’ citizen. As a child dominated by misfortune, he couldn’t change his circumstances and shouldn’t be held entirely responsible for them. Kionti was a kid who needed a break, a mentor, someone who could guide him through the untenable hard knocks he faced from his infancy. Instead, he went to jail.

Kimonti is now an adult. He’s still incarcerated, but he’s clearly no longer a naive and impulsive child. He has educated himself and has been influential in educating other inmates. And, he’s formed a community of inmates who are working together to improve prison conditions, replace violence with negotiation and bring about other necessary and worthwhile reforms.

After his long term incarceration, Kimonti seems to qualify as ‘rehabilitated.’ He’s actually quite a different person — someone who takes responsibility for his actions, consistently demonstrates good behavior, has impressive social skills and values. He’s very likeable. The three strike law that sentenced him to life in jail has since been rewritten, but the timing of Kimonti’s trial and conviction are keeping him from being able to get a retrial under the new laws.

So, the question is: Does Kimonti — and, by extension, others with similar stories — deserve a second chance to experience life without bars? See the film.