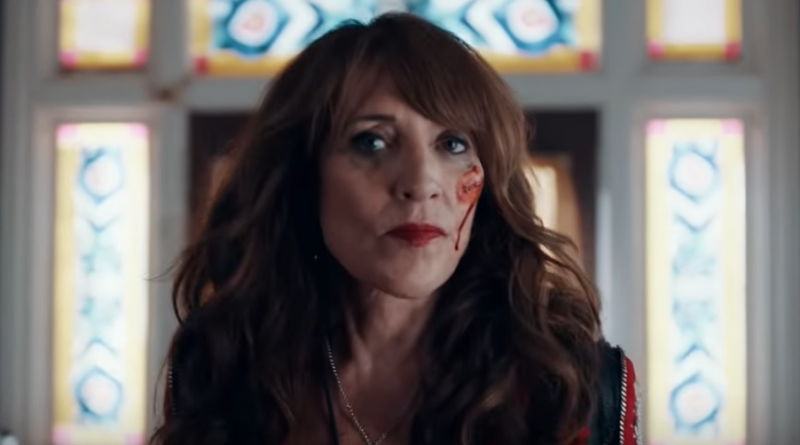 With Torn Hearts, her third feature film as director, all-round genre film renaissance woman Brea Grant is here to stay. Co-starring, co-writing and directing her debut film Best Friends Forever in 2013, it was 2020’s powerhouse indie horror-comedy 12 Hour Shift with Angela Bettis that revealed Grant’s even deeper flair for fun genre movies that come with a healthy dollop of actual meaning, never sacrificing the thrill of the ride for having something to say, and yet at the same time never feeling didactic or preachy.

Torn Hearts follows two best friends, Leigh (Alexxis Lemire) and Jordan (Abby Quinn), an ambitious country music duo of the same name who from the very outset find themselves needing to almost constantly negotiate the sexual politics of this male-dominated industry in an attempt to get their much-desired big break. That comes when a chance conversation leads them to the doorstep of Harper Dutch (Katey Segal), a one-time country music giant who is now, in her older years, an enigmatic recluse. Half of the legendary Dutchess Sisters, the death of Harper’s sisters saw the end of the band, and led to Harper herself vanishing from the public eye. Her influence on Jordan and Leigh is so powerful, however, that the girls decide to bite the bullet and turn up to her ramshackle, isolated estate with the thin hope that they might be able to convince her to collaborate with them, kickstarting Torn Heart’s career.

Which, to their surprise, she does. Overwhelming, confrontational and manipulative, Harper however has bigger things in mind when she ostensibly agrees to take the two girls under her wing. Played out in the confines of her decaying mansion, Harper increasingly draws the two girls into a complex psychodrama – playing them off each other and testing the limits of their friendship – with a decidedly sadistic flair that soon reveals itself to be actively violent. Shattering the myth of unwavering, unbreakable sisterhood (both literally and figuratively), Torn Hearts has a lot to say about age, identity, ambition, solidarity and the limits of feminist solidarity.

Part feminist county music Sunset Boulevard, part dreams-of-making-it-big-gone-wrong melodrama, Brea Grant’s direction and the performance of Segal as Harper Dutch in particular give Torn Hearts an oomph that in the hands of others it may have otherwise lacked. While not reinventing the horror or thriller wheel by any stretch, Torn Hearts is solid fun, and doesn’t hold back in calling its women characters to account; this is no idealized fairytale where it’s all girl power and unity. For better or for worse, it’s dog eat dog.