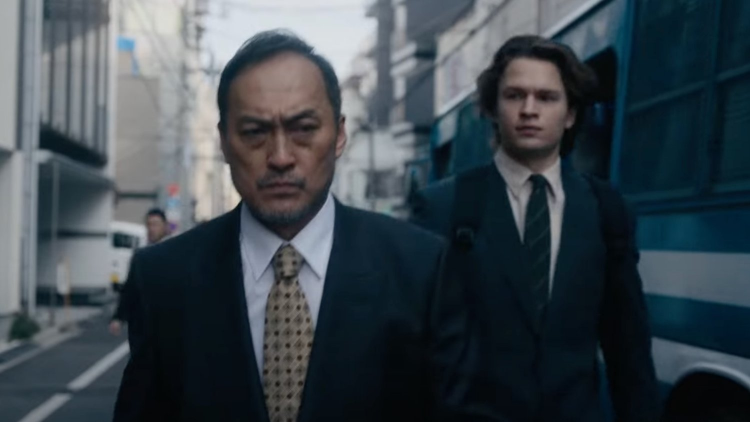 A bonus of watching a series based on real events set in a foreign country is the immersion in that culture, the opportunity to learn customs while being entertained. This holds true for the HBO series Tokyo Vice based on American Jake Adelstein’s 2009 memoir of his journalistic days on the crime beat at the fictional, daily Meicho Shimbun newspaper.

Several characters prominently factor in, the most interesting the experienced, ethical police detective Hiroto Katagiri, played by the great (and I mean great!) Japanese actor Ken Watanabe. He both mentors and reproaches Jake whose rookie mistakes abound, though mixed with his dogged research. Representatives of opposing, militaristic yakuza groups drive Jake’s investigation, with dire consequences for some. Crisscrossing at upscale nightclubs, all encounter Samantha, an ex-pat American hostess who dreams of opening her own club, a composite character from actual events. Into this collision of personal and professional interests blunders Jake, also smitten with Samantha. The women have spunk but, unfortunately, still serve as eye candy and love interests above all else.

Set in 1999 and shot on location in Tokyo, the city is a character as well: that urban environment of neon, narrow alleys, and distinctive soundscape that hides secrets, revealing little. Most action, therefore, takes place behind the scenes: in very small studio apartments, a crowded newspaper room, a glitzy club, or a yakuza apartment.

As narrative linchpin Adelstein, Ansel Elgort accomplished the impressive feat of becoming fluent in Japanese. Moreover, his range of nonverbal characteristics appropriately differentiate him from the Japanese, defining him as American—looser gait, more direct eye contact most of the time, intrusion into conversations, aggressive interaction with his editor, and more than a hint of arrogance. A bit less pushy confidence would have worked better for Jake, but it does define him culturally. The Japanese ensemble presents a superb range of portrayals: fierce to jealous, undisciplined to controlled, astute to indulgent. Their characters, from the police to the most merciless yakuza, offer a master class in acting.

Questions have surfaced about the memoir’s accuracy. That issue exists outside this fictionalized, dark underworld as compelling as it is disturbing. In English and in Japanese with English subtitles, the first season (eight episodes) of Tokyo Vice streams on HBO Max.