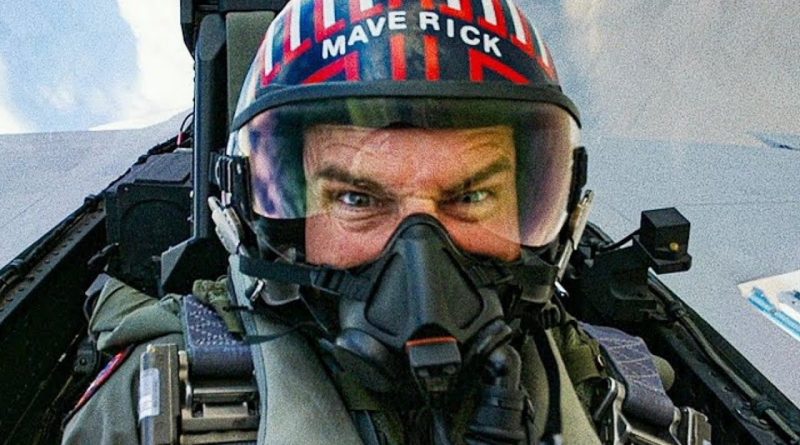 Arriving 3 years late due to Covid, 36 years since the original film and after more than 30 years of service as a top Navy test pilot, Pete “Maverick” Mitchell is still breaking speed barriers and still breaking the rules. But because of his recklessness and rebelliousness, Maverick remains only a Captain after all this time and has been sent back to Top Gun school to train a new set of aviators for a dangerous upcoming mission.

You’d think Hollywood would be entering the danger zone by bringing us a sequel so many years later, but goodness gracious great balls of fire, fans will NOT be losing that loving feeling. Top Gun: Maverick gives groupies everything they wanted and more even though Tom Cruise and Val Kilmer are the only returning stars. With Kilmer suffering from throat cancer in real life, it’s amazing he was able to make the film and he looked great. Even our hero, Tom, finally showing he’s not totally ageless, proves no mission is impossible doing his own flying and, as a producer, making sure the action was real and didn’t rely on CGI.

If you have a need for speed…with out character development, Top Gun: Maverick is your thrill ride of the summer. Rewatching the original Top Gun, it was surprising at how amateur the acting was for the highest grossing film of 1986, but expectations were lower then. With all the new technology, special effects, and Cruises million dollar smile, we could forgive the story, but today we want the best of both and Top Gun: Maverick actually does that despite all the posturing, ab shots and a romance with a character only casually mentioned in the first film.

Maverick is constantly told through out the movie, “ It’s time to let go”. Yes it it, but not just yet. He gets one last chance to come to terms with his future, make the ultimate sacrifice and get the last Hooyah. Tom Cruise is the OG of G-Force bringing far fetched fun back to the movies. My husband, Ricky, gives Top Gun: Maverick 2 eyes open. I give it an 8. Grab your wingman and cruise to a theater near you.