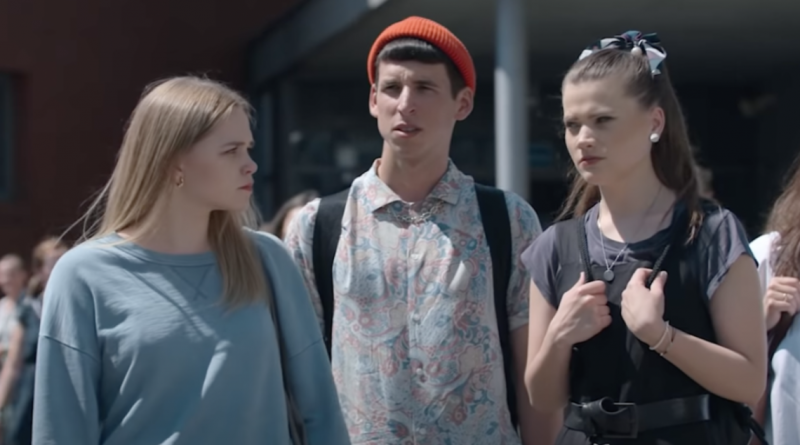 Hold Tight has a mystery story that sags and digresses too often.

Set in a Warsaw suburb, the Netflix series Hold Tight just might be encouraging the viewers with that title because it periodically becomes confusing. The through line, however, remains clear. Teenage Adam has disappeared after his best friend Igor died under mysterious circumstances. Adam’s mother Anna drives the narrative with her single-minded determination to find him.

To aid in that, and against the wishes of her husband, Anna installs spyware on Adam’s phone. Adding to the mystery, the behavior of Adam’s girlfriend Kaja strongly suggests that numerous and often teased details need unraveling. Friends and neighbors factor in, as do a couple subplots that come out of nowhere and intrude into the narrative with detours lacking any exposition. In addition, a couple women end up dead, an after school community center harbors criminal elements, women are being kidnapped, and the police have good and bad detectives on the case.

This six episode adaptation of a Harlan Coben novel of the same title, Hold Tight shares some characters from other Coben works, but no prior knowledge is required. However, straining my involvement are, first, digressions to unnecessary, distasteful misogynistic violence and, second, tangential subplots. They are intrusive, artificially trying to generate added suspense not intrinsic to the central issues. Moreover, no spoilers, but the resolution in more than one instance is deus-ex-machina and unsatisfying. In addition, the adults could certainly exercise more parental intelligence, especially as a drug issue develops. Because of failures here, reminders to talk directly and honestly with teenagers come refreshingly often and with sincere endorsement.

To be fair, another plus with Hold Tight, as with many foreign produced series, is the introduction to and enjoyment of accomplished actors completely or relatively unfamiliar to American audiences. That holds true here with some fine performances by the adult actors, in particular, even with some clunky dialogue. The Warsaw location, the sometimes distinguishing verbal patterns and nonverbal behavior also add interest. I can’t highly recommend Hold Tight, but it does offer a moderately entertaining diversion because of its foreign pedigree. In Polish with English subtitles, Hold Tight streams on Netflix.