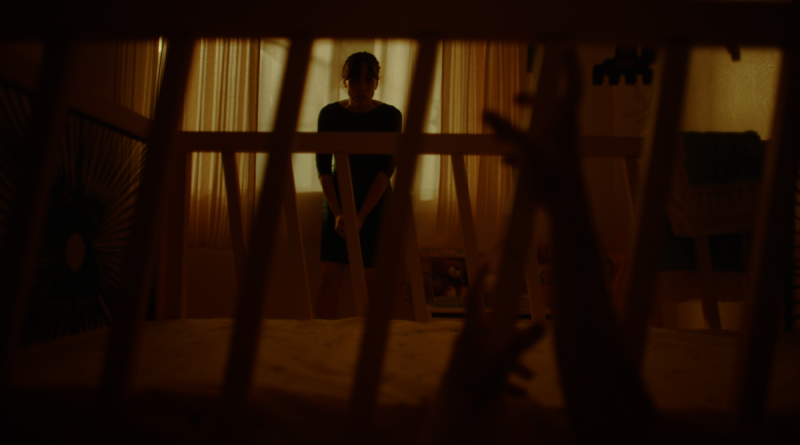 With films like Jennifer Kent’s The Babadook and Lynne Ramsay’s We Need to Talk About Kevin at the forefront, horror has a proven history of being an effective, boundary-breaking forum where perhaps one of the most culturally taboo questions imaginable has been explored in-depth: what if you are a mother, but fucking hate it? What if you are not cut out for it? What if it’s something you thought you wanted but, as it turns out, it is not the thing you wanted at all? Adding to the list here with as much clout and courage as its celebrated predecessors we find Huesera, the debut feature from Mexican filmmaker Michelle Garza Cevera, which similarly takes fraught motherhood as its starting point before journeying into entirely original new territory.

Valeria (Natalia Solián) is a carpenter who, with her doting partner, yearns for a baby to make their happy little life complete. But as her pregnancy progresses, a darkness enters Valeria’s life both figuratively and – through the ominous supernatural forces that culminate most strikingly through the folkloric figure of La Huesera – shrouds what Valeria thought would be the happiest time of her life with chaos, confusion and disorientation. Struggling to maintain her own identity, she is drawn back to a former lover from her wilder punk days, increasingly desperate for a thread to tether herself to herself. But whether it’s too late for Valeria – and, indeed, for her baby – is a question the film explores through a labyrinthine journey into the dark heart of not just Valeria herself, but the different communities of women who surround her.

Like Valeria herself, Huesera is driven by a punk feminist heartbeat, and in a way that is much more profoundly satisfying than merely ticking pop cultural references off a checklist and haphazardly throwing them on camera. Garza Cervera has an extraordinary ability to provide striking, unforgettable moments that stand alone – Valeria going into labor in a mosh pit, for example, or the indescribably beautiful opening moments of the film are of particular note here – while at the same time weaving them with a master craftperson’s precision into a tapestry where each of these moments is inseparable from the thematic fabric that surrounds it. Aside from its undeniable artistry, Huesera is propelled by an undisguised, catch-in-your-throat fierceness in its determination to say something really meaningful about the dark side of motherhood; if nothing else, this is one of the most refreshingly honest films of 2022.