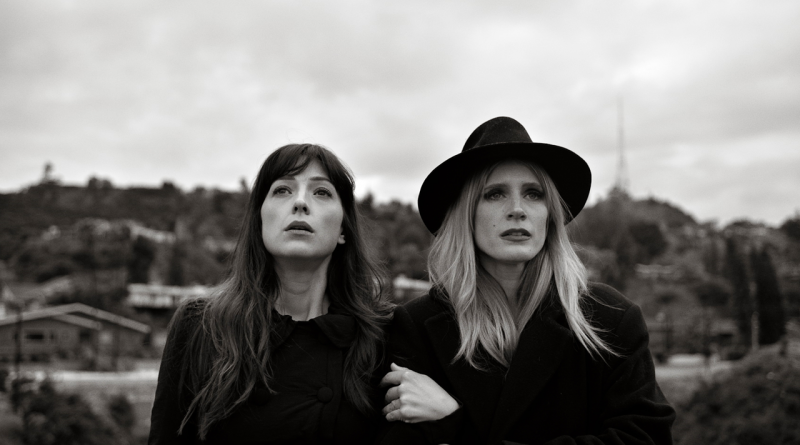 There are some deep subjects examined in writer/director Sarah Carter’s relationship dramedy about family dynamics, In Her Name. Questions like, “Who told you who you are, and how attached to that are you?” and “Do you want to hold on to your anger more than you want to be free?” haunt the characters. Viewers could hardly be blamed for questioning whether Carter and her cast will be able to perform the exorcism required to release them from their possession. That they achieve a sort of release, and find forgiveness, gives the film its power.

Artist Freya (Erin Hammond) is taking care of her dying father Marv (Philippe Caland), a formerly famous artist who spends his days grousing, dispensing words of wisdom, and being willfully self-destructive with his bohemian protégés. When Freya’s estranged sister Fiona (Ciera Danielle) shows up, a buttoned-up, secretly unhappy stay-at-home wife and mother with an ulterior motive, the two have to deal with longstanding resentments, secrets, and their narcissistic father. Who will get the house when Marv dies? What will happen to the valuable art he has kept, though dealers have been vying for it for decades?

Danielle as Fiona has to undergo a dramatic character arc, one about which I had doubts she’d be able to navigate, but the writing is tight, the dialogue believable, so the actor largely rises to the occasion. It is Hammond and Caland as the father and daughter at odds with each other and their own self-perceptions that are the most compelling. Caland especially portrays Marv as infuriating and appealing in lightning fast turns, making clear why Freya stays and yearns for his approval. There’s no way to make this movie satisfying without these messy characters having a little self discovery, and, hopefully, a lot of forgiveness, and it’s to Carter’s credit that she finds the words to make their growth believable and moving. It might be, however, that the lack of actual plot development will make the film seem slight to some viewers, and the territory being examined has been covered before by more accomplished performers.

There’s some serious meta-stuff happening on this project. Carter, known up to this point as an actor, wrote the film based on the life and work of Lebanese artist Huguette Caland. Caland became recognized for her erotic abstract paintings and sculptures after she left her husband and three teenage daughters to find herself and explore her creativity in Paris. Philippe Caland, who plays Marv, is Huguette’s son. Hammond, in real life, is a visual artist as well as an actor, and does double duty on In Her Name as art director, using mostly her own paintings in the film. There’s a scene in which Marv visits an art gallery and speaks to the owner about selling his paintings, and that gallery is owned by William Turner, who knew Huguette Caland well, and worked with her for years.

Ultimately, In Her Name is about radical forgiveness and its ability to set people free. It’s also a sweet portrait of sisterhood, with its rivalries, shared memories, missed opportunities, and desire for connection. It’s a worthy first effort for Carter, who, as a writer/director clearly has a voice worth amplifying.