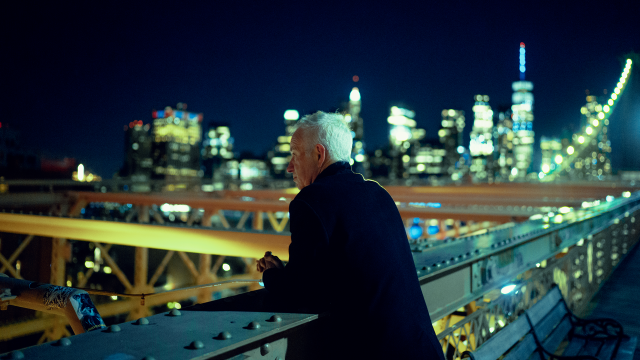 During the late 1970s and 1980s, a tennis craze gripped the United States. Everyone was picking out a racket, picking up some balls, and packing every tennis court from Maine to California. Overnight, tennis stars like Sweden’s Björn Borg, Romania’s Ilie Nāstase, and Brooklyn-born Vitus Gerulaitis attained the status of rock stars, with adoring fans mobbing them wherever they went. Into this scene, 18-year-old tennis player John McEnroe somehow managed to reach the semifinal round of the prestigious Wimbledon tournament in 1977, where he was defeated in four sets by the U.S.’s premier men’s tennis player, Jimmy Connors. This remarkable achievement announced a new tennis great was about to emerge.

McEnroe is the kind of complete documentary anyone interested in a seminal figure in history wants to see. Documentary director/screenwriter Barney Douglas, whose previous films survey the world of cricket, takes us from McEnroe’s beginnings playing at a local tennis club in his hometown of Douglaston in New York’s Queens borough to the present, offering ample home movies and archival footage of McEnroe on and off the court. As our guide, McEnroe himself acts as narrator, commenting on the people in his life and reflecting on his own performance and attitudes.

His wife, former rock singer and current solo artist Patty Smyth, says that McEnroe’s mother showed her his report cards from first and second grades. Comments by his teachers said John was very hard on himself, demanding of himself, and unsatisfied with an A-minus he earned. Thus, despite psychiatrists telling McEnroe in later years that his problems stemmed from an alcoholic father who couldn’t show him affection, the evidence is clear that the tennis star’s striving to be No. 1 in the world came from something hardwired in him.

It’s thrilling to see all of these great players in action again as Douglas offers copious clips from their greatest matches. It is especially exciting to see McEnroe beat Borg at Wimbledon in 1981 after a valiant losing fight to Borg in 1980.

Of course, McEnroe’s explosive anger on the court is covered—an attribute that soured many people on him while it drew others to his camp. As McEnroe explains, the tennis champ was a great exemplar of the times—a winning-is-everything ethos in which bad behavior can be excused if you deliver. (Sadly, we’re still suffering the consequences of that attitude at every level of society.)

McEnroe says early in the film that he is not only from New York, but also that he is New York. That must have given Douglas the idea to film him walking the vacant city streets at night and periodically marking the hour on screen. This doesn’t really work, but it does keep the film from looking like a series of talking heads, among them Borg, Smyth, several of McEnroe’s children, doubles partner Peter Fleming, and tennis great Billie Jean King.

Every moment of the film contains interesting information from these eye witnesses as well as from an open and honest McEnroe. This film is vital viewing for anyone who wants to see and understand the achievements and heart of this champion.