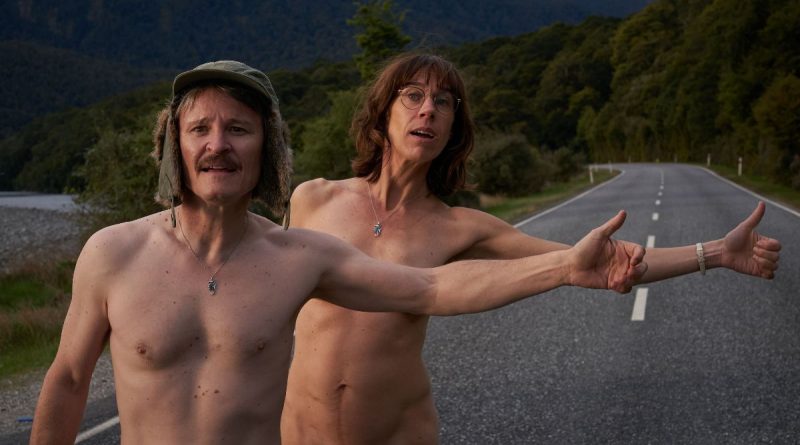 While Jemaine Clement may be the big name draw card to Nude Tuesday, it is fellow New Zealander Jackie van Beek who grants the film the spectacular oomph required to pull this nice little sex comedy off so convincingly. Along with Madeleine Sami, van Beek of course co-directed, co-wrote and co-starred in the best romcom of recent years, The Breaker Upperers, and Nude Tuesday provides a satisfying return for those of us who have been waiting to see what else she could cook up. Along with director Armağan Ballantyne – who is certainly a force to be reckoned with in her own right, based on her 2009 debut feature The Strength of Water alone – all the pieces are here to make Nude Tuesday a real treat.

Nude Tuesday perhaps falls more easily into the anti romcom category than the somewhat charmingly spiky The Breaker Upperers, but despite its rejection of starry-eyed romanticism it also quite admirably rejects anything akin to bitterness or snarkiness. The film follows van Beek’s Laura who lives in a miserable yet passably functional marriage with the slightly-too-eager, almost flamboyantly pathetic Bruno (perfectly played by Damon Herriman). Ostensibly celebrating their wedding anniversary with family, a well-meaning mother-in-law gifts the dead-in-the-underpants couple the gift of a paid stay at a dippy hippy couples retreat in order to perhaps rekindle their relationship. What they find, however, sets them on a very different path, thanks to a wise goat (he is a good listener), some special mushrooms, and an oddball, effervescently horny Jemaine Clement.

With recent stand-out roles that similarly indicate oddball effervescent horniness is a good fit for Clement’s star persona such as saucily wackadoodle movies like Jim Hosking’s An Evening With Beverly Luff Linn in 2018 and Frank van den Eeden’s 2019 film Patrick, Nude Tuesday feels like further evidence that Clement is truly on his king shit in this one-man mission to render “funny movies with sad-wank vibes” a viable subgenre. But ultimately, the most immediate – yet perhaps least interesting – aspect of Nude Tuesday is the linguistic gimmick of having the entire film spoken in an invented language of pure, Nordic-sounding gibberish.

From Eric Sykes’s unmitigated banger Rhubarb Rhubarb from 1969 to Steve Oram’s delightfully batshit Aaaaaaaah! from 2015, linguistic scallywaggery of this sort is certainly not new, and Nude Tuesday is a notable addition to this list. That the latter, however, subtitles its gibberish does to some degree seem to defeat the purpose of including it to begin with, rendering it perhaps more of an interesting acting exercise than something that more deeply probes the functionality of language itself. But this is not a gripe; the gibberish is cute, the film is smart and kind and funny and honest, and if van Beek’s name isn’t the stamp of approval you need to instantly make a film a must-see already, then surely this is the film that will consolidate it once and for all.