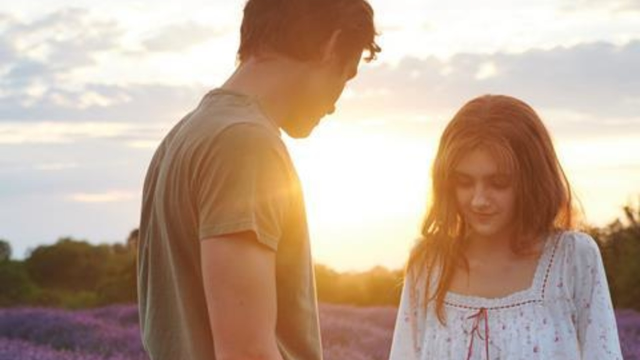 Peter Pan’s story seems more like a curse than a wondrous adventure for the women in the Darling family in The Lost Girls, a multigenerational drama that ultimately fails to take flight.

Writer-director Livia De Paolis (Emoticon ;)), who also co-stars, adapted this story from Laurie Fox’s novel of the same name, which has an intriguing premise. The original Wendy from J. M. Barrie’s story, now Great Nana (Vanessa Redgrave, Call the Midwife), relishes telling her daughter and granddaughter about her adventures to Neverland—and still trying to fly. Her household locks the windows so she doesn’t hurt herself.

Peter will come for you one day, Great Nana tells her granddaughter, also named Wendy Darling. He’ll be too nice and too handsome, and he’ll appear in your room at night, crying. He’ll miss his mother and want someone to tell stories, cook, and take care of him and the Lost Boys, she explains. Is that what happened to my mother? young Wendy asks.

More or less. Neverland turned out to be so spectacular that young Wendy’s mother, Jane (Redgrave’s daughter, Joely Richardson, The Sandman), didn’t want to stay “caged” in domestic life. She took off, leaving young Wendy with her father (Julian Ovenden, Bridgerton) in New York City and the girl aching in her absence, signing cards from her mother every birthday. Her protective father schools her at home, as if afraid to let her out into the world.

Peter (Louis Partridge, Enola Holmes) actually arrives when young Wendy is thirteen, dressed in a casual T-shirt instead of tights. She warns him she doesn’t know or care how to cook because she has her own pursuits. After a happy thought about kissing him makes her hover above the floor, she’s soaring through the skies with him and landing in a gorgeous field of lavender.

Peter’s idea of a kiss is a trinket: a golden acorn to wear on a necklace, or some confetti. He has no idea what real love is. Somehow this leaves her lovelorn and yearning for his return, even after she becomes an adult (De Paolis) and marries Adam (Parker Sawyers, Southside with You), a composer.

As a director, De Paolis toys with the idea Peter is just a fantasy or a manifestation of mental illness. Adam never sees her interact with anyone, even as Hook (Iain Glen, Game of Thrones) pops up in her adult life right next to Wendy when they’re together.

While Sawyers plays Adam with sympathetic and more than understandable patience, Glen’s Hook is downright creepy. He dances with and tries to kiss thirteen-year-old Wendy, then offers her booze and threatens to kidnap her when she’s an adult. He knows all the Darling women, he says. Yuck.

Yet the film doesn’t gel completely. Beyond that lavender field, we don’t see enough of Neverland to understand why it has such a profound effect on these women’s lives. What was the freedom and escape that they found there? Great Nana doesn’t make it sound like a picnic, caring for all those boys, although the script gives Redgrave some lovely lines, such as “The love of a boy is not all that a girl needs.”

Without knowing the ache that Neverland fills, The Lost Girls holds us emotionally at a distance. It’s also peculiar that Peter keeps returning to this family. Why? None of the daughters tell stories as Great Nana did, which first lured him to her window. Sure, he’s cute, but he acts petulant and immature, even calling one daughter by her mother’s name. It’s a wonder no one told him to get lost.