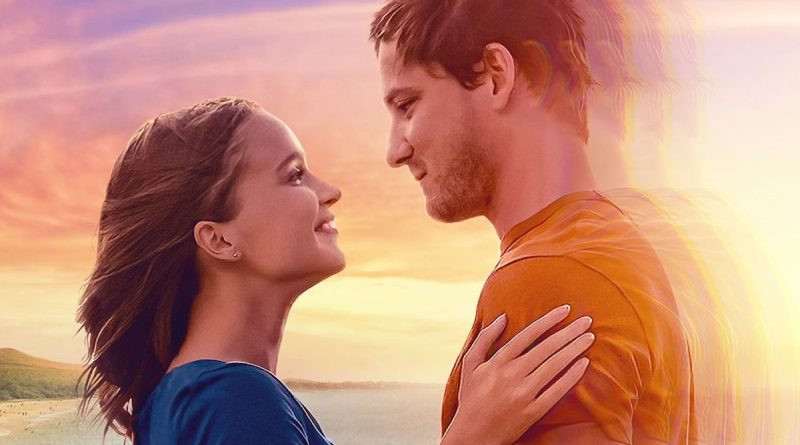 One of the most challenging aspects of romantic movies, be they comedies, dramas or something else, is having believable characters, sharing moments that are emotionally impactful without being ludicrous – even when the movie itself might be outlandish. Without a believable relationship, your movie is going to fall apart.

Case in point: Press Play. Director Greg Björkman’s feature film debut, which he co-wrote with writing partner James Bachelor, is the story of a young couple whose relationship begins at a record store with a shared love of music. Harrison (Lewis Pullman) is behind the counter, the clerk with strong opinions about Japanese Breakfast. He’s roped into a concert by Laura (Clara Rugaard), an up-and-coming artist, determined to prove Harrison’s opinion is wrong (spoiler alert: she succeeds). As their relationship develops, the pair turn to the trusty mix tape as a way to share and remember their favorite moments but when Harrison has a tragic accident, the mix tape becomes Laura’s lifeline to their past – literally: when she listens to the tape, she’s transported in time to the moment they heard the song together.

A plan emerges. Laura becomes convinced that if she can ensure Harrison’s survival, they can live happily ever after except that with every change of the past, the present is also affected. Conundrum. Eventually Laura comes to realize that the past can’t be changed and she’ll simply have to let Harrison go; a painful but necessary realization.

Ultimately, Press Play is a story of coming to terms with loss. The time-travel aspect of the story is an interesting device that leads to Laura’s growth as a character and ultimately, her acceptance of grief and working through it in a healthy way. The time travel device is likely to fall apart with deep scrutiny but it certainly works within the framework of the story and it’s just that: a device for the character’s emotional growth.

The charm of Björkman’s film lies almost exclusively with the chemistry between Harrison and Laura. The pair spark on-screen and it’s that initial connection that keeps the story moving forward. Well – that and Rugaard’s emotional performance.

While it’s not re-writing the book on either the romance or time-travel genres, Press Play is a lovely drama about relationships and how sometimes, the only way to move on is to let go. It also happens to feature a pair of memorable performances from two leads on the brink of stardom.

Press Play opens theatrically, and is available on VOD and digital on June 24.